Will sculpting your body to perfection help you to find a romantic partner? Perhaps, but it may not be as important as another part of your anatomy (no, not that part; get your mind out of the gutter!). A recent study suggests that both men and women actually pay more attention … END_OF_DOCUMENT_TOKEN_TO_BE_REPLACED 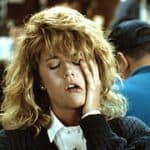 According to Meg Ryan’s character in When Harry Met Sally, “Most women at one time or another have faked it.” By “it” she was, of course, referring to the seemingly elusive female orgasm. And she’s right—studies consistently show that somewhere between one-half and two-thirds of … END_OF_DOCUMENT_TOKEN_TO_BE_REPLACED 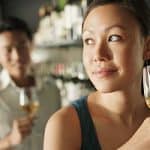 A few years back, Neil Strauss published a book entitled The Game: Penetrating the Secret Society of Pickup Artists. The book chronicles Strauss’ journey from “chick repellant” to a master of seduction, a feat he accomplished by hiring a very expensive pickup “expert” to teach … END_OF_DOCUMENT_TOKEN_TO_BE_REPLACED 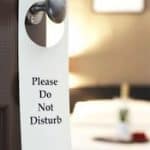 I pose this question to the students in my Human Sexuality course every semester and invariably get the same response: “Isn’t that kind of obvious? Single people, of course!” My students are not alone in thinking this either—it is a pretty widely held belief that singles are … END_OF_DOCUMENT_TOKEN_TO_BE_REPLACED

The recent legalization of same-sex marriage in New York got me thinking about how the institution of marriage itself could impact same-sex couples. One provocative question that researchers will undoubtedly explore in the coming years is whether the opportunity to marry could … END_OF_DOCUMENT_TOKEN_TO_BE_REPLACED