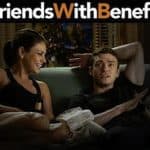 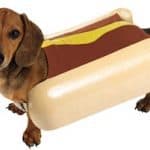 Editor's note: There's been so much talk about the "Weiner affair" lately, and we've had several request to cover it on the site, so we're running two articles on it today. The recent scandal involving Congressman Anthony Weiner of New York (the guy who "accidentally" sent … END_OF_DOCUMENT_TOKEN_TO_BE_REPLACED

The term “friends with benefits” (FWB) has become part of our vernacular in recent years and public interest in the topic appears to be surging. For example, this year alone brings two major motion pictures devoted exclusively to the subject, No Strings Attached (starring Ashton … END_OF_DOCUMENT_TOKEN_TO_BE_REPLACED

In a recent Q&A, we addressed whether the type and amount of relationship conflict differs for gay and heterosexual couples. Aside from level of conflict, though, how do same- and opposite-sex couples stack up? Contrary to popular belief, relationship health and quality is … END_OF_DOCUMENT_TOKEN_TO_BE_REPLACED

Below is a list of research studies that are currently open for participation. … END_OF_DOCUMENT_TOKEN_TO_BE_REPLACED