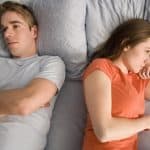 When many people think of relationship aggression they stereotypically think of men hitting women, like the much publicized videotape of ex-NFL player Ray Rice knocking out his then fiancée, Janay, in an elevator in 2014. Observable forms of aggression such as this have helped … END_OF_DOCUMENT_TOKEN_TO_BE_REPLACED

Below is a list of research studies that are currently open for participation. … END_OF_DOCUMENT_TOKEN_TO_BE_REPLACED