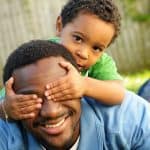 We’ve written previously that fatherhood is associated with decreased levels of testosterone in dads (except for when a testosterone boost might come in handy). For the most part, the general belief has been that the dads’ lower testosterone limits their impulses to mate … END_OF_DOCUMENT_TOKEN_TO_BE_REPLACED

Below is a list of research studies that are currently open for participation. … END_OF_DOCUMENT_TOKEN_TO_BE_REPLACED