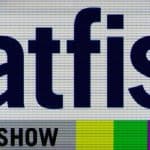 On the MTV reality show, “Catfish,” the show’s hosts help a viewer track down an elusive online love. Almost inevitably, it is discovered that they have been fooled, and the person to whom they poured out their heart is not who they appeared to be. However, sometimes something … END_OF_DOCUMENT_TOKEN_TO_BE_REPLACED

Below is a list of research studies that are currently open for participation. … END_OF_DOCUMENT_TOKEN_TO_BE_REPLACED