My husband had a friend who loved himself - a lot. In fact, you could say he was a narcissist. He had so much self-love around his capabilities and appearance, that he initially convinced women that he was a great catch. But soon they realized that he wasn't a catch at all. He … END_OF_DOCUMENT_TOKEN_TO_BE_REPLACED 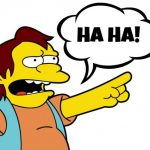 Have you ever seen something bad happen to someone and felt just a little bit happy about it?  Or even laughed a little (think Tosh.0 or America’s Funniest Home Videos submissions)? Click here to watch an example from the Simpsons. That’s called schadenfreude, which occurs when … END_OF_DOCUMENT_TOKEN_TO_BE_REPLACED 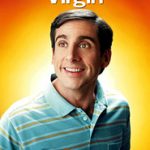 According to a study published in Psychological Science,1 teenagers who wait longer to have sex experience different kinds of romantic relationships later in life compared to teens that start having sex earlier. This 15-year longitudinal study (beginning in 1994 and concluding in … END_OF_DOCUMENT_TOKEN_TO_BE_REPLACED

Below is a list of research studies that are currently open for participation. … END_OF_DOCUMENT_TOKEN_TO_BE_REPLACED