I have been friends with a lot of women over the years. I have also talked to women and interviewed women about their relationships. And the one thing I almost always hear is that women feel like their men are taking more than they give.

Men are perfectly capable of giving instead of taking. At least human men are because it is a human trait to be empathetic towards other people.

Why Is It Bad To Take More Than You Give?

When you take all the time, your partner will become grumpy, tired, annoyed, pissed off, and eventually sick of it. Those are not things you want your partner to feel because drama, fights, and breakups are all huge possibilities in that scenario.

If you want to get into happier and healthier relationships with women, you have to focus more on the giving part. When you do, you will find that your woman will be happier (which is obvious), but also she will start to give more too. (Ever heard of the more you give, the more you get?) It is a win-win situation.

7 Signs You Are A Taker And Not A Giver

Not sure if you take more than you give? Following are some signs that indicate you are a taker in your relationships.

1. You Talk More Than You Listen

You may think you listen, but a good listener actually takes the time to understand what the other person is saying, empathize with it, and then respond in an appropriate way.

You probably talk more than you listen if:

From a giver end, a taker is obviously more focused on themselves and their life and don’t really care about my life. It’s just the way it is with them. They talk. I listen. And that’s our relationship. But I don’t feel connected to you because you don’t actually know me, understand me, or empathize with me.

Kai-Ashley Clifford explains why women love a man who gives in conversation:

Listening is perhaps the most overlooked tool for connection. If you ask the right questions, you will have the other person enthralled in the conversation and in you. If when they run out of things to say, you ask them to explain more about what they said – they will feel important, respected, heard, admired and adored.

Ask them questions about where they want to be 1 year and in 3 year’s time from now – help them discover what they really want in life simply by asking them what they would need to be happy in a year from now – then ask them what they would need to do to get there. Ensure to really listen so you can reflect back what you heard without giving an opinion. At the end, if you know of resources or connections you can help her with, hook her up! It will be the most memorable and impressive conversation she would have had for a long time!

2. You Don’t Answer Other People Back

The mental thought that goes along with that is something like: I got what I wanted – good, now I can go do what I want to do. But in reality, you are telling other people that the time they took to give you something meant nothing to you. In other words, you are a taker and you expect them to give you their time or energy.

I can’t tell you how much this annoys me. And I know many other women who can’t stand it either. It’s just takes a few seconds to give your thanks and acknowledgement, but it can literally help keep the give-and-take in your relationship balanced and reduce hard feelings and anger.

And if you think that answering people back or showing gratitude makes you the follower not the leader, this couldn’t be further from the truth. You are the one taking initiative, offering yourself and your gratitude, and making it known that you are someone to be looked up towards.

3. You Feel Like You Have To Manipulate People To Help You

When you take too much, people will start to avoid you. They don’t want to help you, they don’t really want to make things better for you, and they don’t ‘have your back’. Even a woman who loves you will start to feel used at this point and back away from helping you out consistently.

This is because they know that they are being used and they would rather put their efforts towards other things, such as people who can benefit their life just as much as they can benefit theirs.

The paradox is that the more you give, the more you get. You don’t need to manipulate people because they know that you will give back when you can. Plus, they just like you more. People will gladly help you out, talk well about you, and ensure that you are taken care of and feeling good.

4. Other People Get Tired Around You

It takes a lot of energy to be around a taker all the time. A taker’s attitude, habits, and personality can be draining for people who are not looking to take, take, take. Their demands, constant need for attention, and persistence at dominating the conversation as well as everything else is tiring.

So, if you find that people get really tired around you, or perhaps get really bad headaches and feel physically ill around you, then that is a good sign that you take more than you give.

5. You Depend On Other People, But Nobody Depends On You 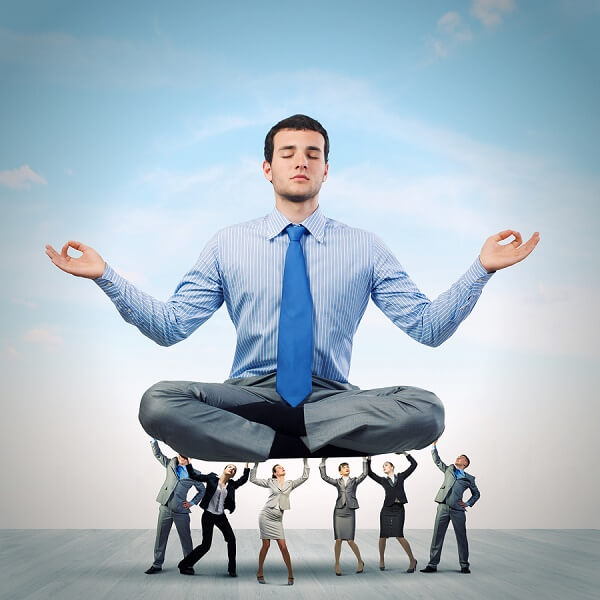 In a give-and-take relationship, you may borrow $5000 from the other person and then help them get through some crisis later on in their life.

But when you are a taker and not a giver, you borrow $5000 from the other person and then get busy living your life again without ever repaying their kindness with money, support, or love.

If you find that nobody depends on you for anything, or if nobody expects anything from you – ever – then they have probably come to terms with the fact that you are a taker and not a giver.

In my experience, people dealing with addictions are often like this. They expect other people to carry them through tough times, but selfishly never return the favor.

6. You Expect Other People To Give To You

Most givers don’t expect anything from other people.

They may not like people who take from them constantly because they are draining and annoying, but they still often give because it makes them feel happy and fulfilled.

They may hope that the other person will give something back, but they don’t hold their breath.

If you expect other people to help you, encourage you, give to you, carry you, or anything else, then you probably take more than you give.

When you hold those kind of expectations over other people, you are more likely to demand that they give to you than you give to them because, for some reason, you feel like you deserve to get things from other people.

7. You Make Others Feel Bad When They Say No

Most givers know that sometimes they are not going to get the help they need from others. There is a certain consciousness that comes from being a giver that makes you aware that other people may not be able to, willing to, or capable of helping. It’s the way life goes.

If you get upset when others say ‘no’ and try to make them feel bad, then your expectations of what other people should do for you are probably pretty high. In other words, you expect that people will give to you and that belief causes you to take, take, take.

If you start to give and don’t get anything back, then that is a sign that you are in a relationship with a taker. I don’t recommend staying with a taker – the relationship can be extremely disappointing (which is why you should stop taking and start giving.)