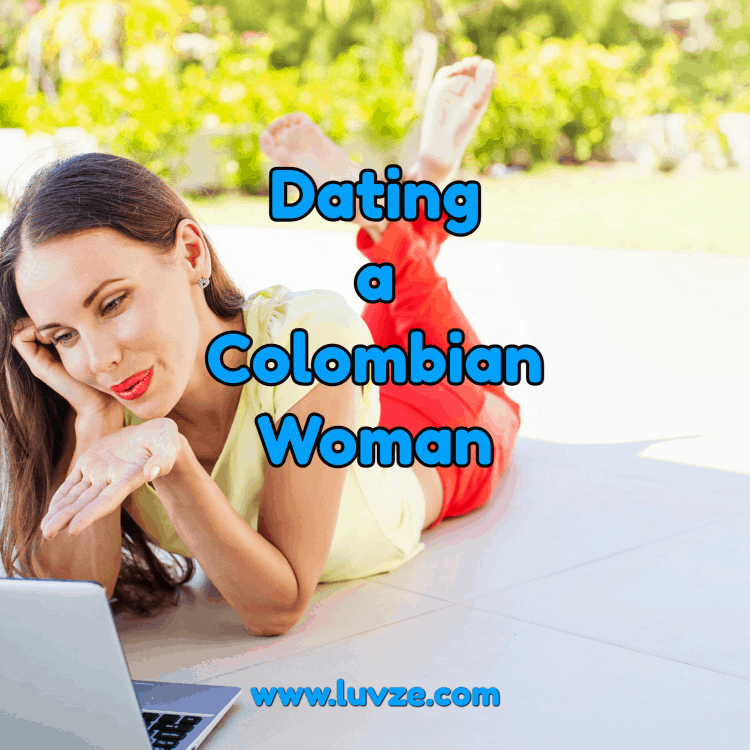 Dating a Colombian woman is exciting and rewarding since they are among the most beautiful in the world and come from a rich and diverse culture. However, you will need to bring your A-game if you want to stand out from the crowd of interested suitors.

To Date Colombian Women, Get to Know Their Culture

Colombia is in the northern part of South America. Many influences have shaped its culture throughout history:

All of these come together to form an incredible culture that is as unique as it is diverse.

For Americans, those cultural differences can often require quite an attitude adjustment. To make things easier, here are some helpful “Tips for Dating a Colombian Woman.”

Because Spain first established settlements in the area more than 500 years ago, over 99% of the Colombian population speaks Spanish. Meaning, if you want to date a Colombian woman, your chances of success go way up if you can converse with her in her mother tongue.

Like any other country, Colombia has its slang phrases with special meanings. Even if you already speak fluent or passable Spanish, you still might find these useful.

Even if you only know a few basic words and phrases, most Colombian women are likely to appreciate any efforts you make to converse with them in their language.

TIP #2: Her Hometown Makes a Difference

Just as a Texas Southern belle is entirely different from a Manhattan socialite or a California beach bunny, you can expect Colombian women from the various major cities to have different personality traits. Being familiar with their area gives you an edge.

Bogotá is the capital of and largest city in Colombia, and it serves as the educational, professional, cultural, and nightlife center of the country. Overall, women from Bogotá tend to be more educated, worldly, and financially independent than those from other parts of the country.

As the second-largest city in Colombia, Medellín also has a lot to offer, and in 2013 it was recognized as the “Most Innovative City in the World.” Meaning, women from Medellín are also quite cosmopolitan and sophisticated.

Since they come from the “Paisa region,” Medellín women tend to smile easily, speak softly, often laugh, and have a special love for parties, poetry, and music.

Located in Southwest Colombia, Cali is the third-most populated city in the country. Because the weather is typically hot year-round, Cali women tend to stay physically fit and active.

Sports are huge here, so be prepared to talk about soccer, basketball, and even bullfighting. Cali women love to dance, so much so that the city is known as the “Salsa Capital of the World.”

Located in the North, Barranquilla is a busy coastal city. Women there tend to be far less inhibited than in other parts of the country for two reasons — the amazing local beaches and Carnival, the biggest cultural festival in Colombia, and one of the largest Carnival celebrations in the entire world.

Also located on the Northern Coast of Colombia, Cartagena hosts some of the country’s largest music festivals — the Cartagena International Music Festival and the Jazz Festival Under the Moon, for example. Cartagena women will be familiar with the newest bands and musical trends.

Tip #3: Put Your Dancing Shoes On

Make no mistake about it — Colombian women LOVE to go dancing, and it is virtually a mandatory activity while dating. Showing off your killer dance moves is one of the surest ways to catch the eye of almost any Colombian woman.

And it’s not just modern club music, either — you will also see traditional Latin dances being performed nightly in every nightclub in Colombia. If you cannot do these dances already, do yourself a huge favor and consider lessons, maybe even from a lovely Colombian woman herself!

Your social life will thank you.

Throughout its history, Colombia has traditionally been a male-dominated society, where society expects men to be the pursuers. Meaning, a Columbian woman will seldom make the first romantic move, even if she is interested in you.

If you even want to make it onto a Colombian woman’s dating radar, don’t send out mixed signals. Let her know you are into her — flirt, pay her sincere compliments, be attentive, and most importantly, be assertive. Colombian women tend to be attracted to strong, masculine, and successful men who make them feel protected and safe.

In other words, when you are attracted to a Colombian woman, lanzase usted! Literally, “throw yourself”– this is the way Colombians say, “Make your move.” If you hesitate too long, you might become arroz en bajo — the guy who gets put “on the back burner.”

But do not make the mistake of leaving your manners behind. Many Colombian men go overboard on the machismo attitude with overly aggressive come-ons, suggestive comments, and boorish behavior. Colombian women have an apt name for guys who act like that — un cerdo — a pig. Don’t try to imitate them.

Instead, be a gentleman and stand out by treating your Colombian date with respect and practicing simple chivalry.

These seemingly little things matter a great deal because, despite their passion for life and sensuality, Colombian women still care very much about traditional family values. They avoid doing anything in public that might potentially embarrass themselves, their families, or their religion.

Once you start dating a Colombian woman, she will not be shy about letting you know if she is into you. Public Displays of Affection are her way of telling you how much she cares.

Kissing, cuddling, hugging, and whispered sweet nothings in public are a lot more common in Colombian culture than they are in the U.S. It’s all a socially-acceptable way to show their interest without being at all self-conscious.

However, keep in mind that PDAs and obvious interest do not always mean physical intimacy in private is a possibility early on. Many Colombian women still have conservative moral values.

Organized religion plays a much more significant part in the everyday lives of most Colombians. 90% of the country’s residents consider themselves Christians, with about 80% of those identifying as Roman Catholic. In fact, until 1991, Catholicism was the official state religion.

Even more relevant, 2 out of every 3 Colombians actively practice their faith. You will even hear their high degree of religious commitment in their everyday expressions, such as, “Si Dios quiere” (God willing) or “Que Dios le pague” (Literally, ‘May God pay you,’ sometimes used in place of ‘thank you.'”)

What does this kind of religious conviction mean to you when you are dating a Colombian woman?

First off, that means that a large part of her everyday life will probably involve her religion. For example, she may attend church regularly, which could limit the time you spend together online.

Second, if you meet in person, she will almost definitely want you to go to church with her.

Third, if things get serious, your religion — or lack of one — may become a serious issue.

Finally, if marriage is the ultimate goal, a Colombian woman may insist on a religious ceremony.

Tip #7: Family is Everything in Columbia

Many Colombian women consider their family to be the most crucial thing in their life. It is not unusual for several generations to live under the same roof. It creates a social support system where loyalty, and putting one’s family first is essential.

This obligation extends to other family members — aunts and uncles, cousins, and even padrinos, i.e., godparents. It is common for Colombianos to seek the advice and approval of their parents, grandparents, and padrinos even into adulthood.

Colombian families spend as much time together as possible, and special occasions such as baptisms, marriages, birthdays, and holidays are almost always a good cause for another large get-together. It’s not unusual to see family members enjoying huge servings of bandeja paisa and hanging out just for the pleasure of it.

When you meet a Colombian woman online, you have to understand that her family obligations will often take precedence over spending time with you, especially in the beginning. Because that is quite a bit different than dating culture in the U.S., it may take some getting used to. But if you can demonstrate a little understanding and patience, it will improve your chances in the long run.

If you decide to meet, keep in mind that you will have to meet the whole family before the relationship gets any more serious. It can be a bit intimidating, but their approval is essential. When visiting her family for the first time, show your respect by bringing a few small gifts.

A word of advice — if you visit a Colombian woman’s family, don’t be surprised if they hospitably offer you a place to stay. But don’t expect to sleep in the same bed. Even unmarried couples who have been together for years aren’t allowed that privilege in many Colombian families.

As Americans, we are used to making light of just about anything, but there are some topics you should avoid if you want to date a Colombian woman successfully:

Besides, even if your Spanish is good, be aware that some phrases have very different slang meanings in Colombia. For example:

As you can see, even an innocent misspoken turn of phrase can be quite embarrassing if improperly used. Minding what you say can help you avoid pitfalls that could derail a promising romance.

Tip #9: What are Some Good Ideas for a First Date with a Colombian Woman?

Colombian culture dictates that, as the man, you set the parameters for dates. This means that before you ask a Colombiana out, you should have a definite activity in mind. You can, however, show that you value her opinion by asking for local recommendations.

As the inviting party, she expects you to pay for the date. Unlike in the United States, splitting the bill is not a typical social concept in Colombia. But what may surprise you is that it is also customary for the man to pay for the woman’s transportation to and from the date. It is one of the ways that a Colombian woman gauges your level of interest.

Here are some ideas for a first date with a Colombian woman:

If you want to meet Colombian women, check out these Colombian dating apps.

The Bottom Line About Dating a Colombian Woman

If you are lucky enough to date a woman from Colombia, you have the best of many different worlds. Colombian women are known for their beauty, sensuality, affectionate natures, vibrant personalities, and strong traditional family values.

Whether you are looking for a permanent committed relationship or just bravely hoping to expand your romantic horizons, dating a Columbian woman can be a rewarding personal adventure that just may change your life for the better.

The best part of dating a woman from Colombian is it opens up a whole new world that you may not have even known existed. That means you will enjoy the magic and excitement of discovering a contemporary romance and a new culture, both at the same time.

Yes, successfully dating a Colombian woman requires you to do a little homework and make a few attitude adjustments. But considering all that she has to offer, she is well worth the effort.