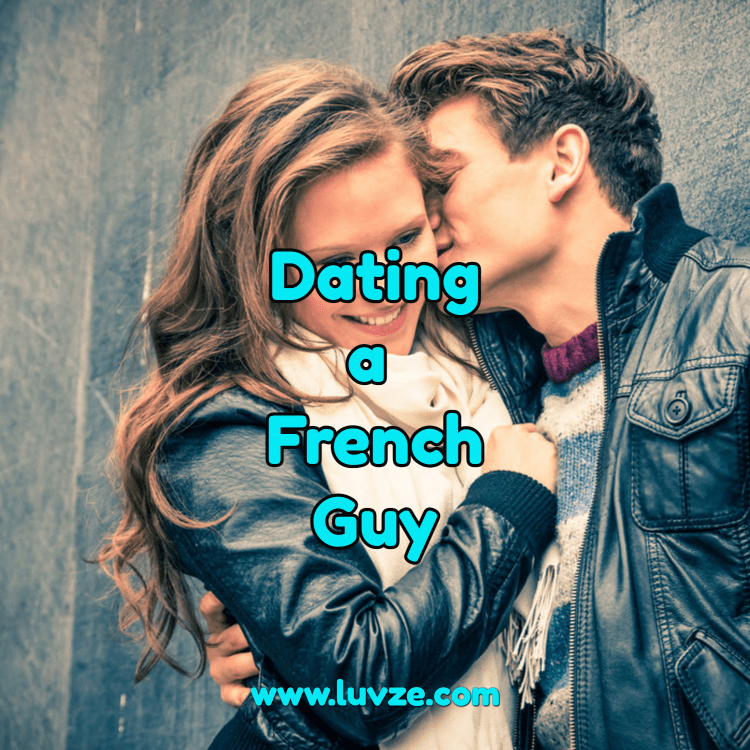 Dating a French guy will, fortunately, be one of the most straightforward experiences you’ll have in your romantic life. They’re all about letting things play out naturally, and are very open about their emotions, so they won’t leave you guessing where you stand with your lover. To learn more about what it’s like to date a French guy, see the details below.

What Should You Know About Dating a French Guy?

Dating a French man is unlike any other romantic experience you’ll have. Thankfully, dating in France is not weighed down and complicated by arbitrary rules and restrictions, like in many other countries. Instead, you can expect to have a much more relaxed, enjoyable time with your beau without a bunch of unnecessary stress.

Still, it would be best if you lay a foundation of expectations before jumping into the French dating scene. So, here are some things to keep in mind about dating a French guy:

*The phrase “I love you” in French is pretty linguistically close to “I (sort of) like you.” If your partner tells you Je t’aime bien (“I like you”), but you only recognize Je t’aime (“I love you”) don’t get too anxious. Even if they did only happen to say Je t’aime, again, it’s not a life-altering declaration of commitment.

French people are a lot less uptight about these things than Americans are, so don’t feel like you’re obligated to settle with this person for the rest of your life if that wasn’t in your plans.

On that note, it’s good to know that there will be language barriers between you and your date. Although 39% of the French population speaks English, there’s no guarantee that your beau will know enough of the language to maintain fluent communication with you at all times.

Be patient and understanding when it comes to misunderstandings between you two, and everything will work out just fine.

Are There Mistakes to Avoid When Dating a French Guy?

Just like when you’re dating someone of any nationality, it’s inevitable that you’ll make a few mistakes here and there when dating your French beau. It’s helpful to know what those potential hiccups could be ahead of time, though. That way, you can do your best to avoid them.

Though some of these tips from folks who have dated French men before are quite silly, others are incredibly valuable and will certainly help strengthen your relationship with your man in the future. (Or, they’ll help your French fling go as smoothly as possible.)

The bottom line is that you should fully allow yourself to enjoy the freedom and flexibility that comes with dating a French guy.

Though you should always exercise the utmost respect for yourself and your partner, building a relationship with men of this nationality is a lot less of a chore than in other cultures. Just have fun, and things will play out as they’re meant to.

Dating a French guy is so much more straightforward than it is with American men. There are no mind games, no power trips, no “tests” to see if you’re really “the one” or if you’ll fall into some sort of behavioral category that he likes. (Well, this is usually the case.)

These men are a breath of fresh air when it comes to the romantic side of life. You won’t have to continually worry about what he’s thinking, especially concerning whether or not he likes you. He’ll be upfront about all those things without having to be confronted or grilled about it.

There will be some differences in their dating styles that might throw you off, though. For one, French men are a lot less afraid of commitment than most others. This was partially discussed earlier in how they are a bit quicker to announce that they love you than you might expect. In addition to this, something as simple as a kiss can seal the deal for them.

Once you and your French date share a kiss, you can forget about dating around with several other guys. This doesn’t necessarily mean that kisses are sacred or hold a substantial amount of weight in terms of romantic devotion to one another.

Instead, it functions as more of a gesture that you want to take things to the next level, toward a more serious, exclusive relationship between the two of you.

For example, in America, it’s somewhat normal to expect a peck on the lips or the cheek after the end of the first or second date. It’s not a big deal, and you might even end up on a date with another man the next evening. (Although, it can be a signal that you really like each other.)

However, planting a kiss on a French man after spending some time together will lead him to think that you’re no longer interested in anyone else.

This leads to another element that you should know about dating French men: There’s not really a “talk” about whether you two will be in an exclusive relationship or not. It just sort of… happens. Once you (or him) plants that first kiss, that’s what ushers in the transition from a casual dating relationship to a committed one.

Another thing to keep in mind is that French men are naturally very flirtatious. In your eyes (American or not), it may seem that they’re consciously trying to flatter other people right in front of you. In reality, it’s likely just their personality, and you shouldn’t take it to heart.

If you do get uncomfortable, communicate that directly. Don’t beat around the bush. Be honest about your feelings (while being sensitive to personality types and cultural norms). Your French boyfriend will surely appreciate that.

That’s pretty much as complicated as French men get when it comes to dating. Everything is self-explanatory, so you won’t be left guessing about where you stand with your lover. All you have to do is go with the flow (and be mindful about when you kiss your date for the first time!)

What are Some More Cultural Norms to Keep in Mind When Dating in France?

Whether you’re dating seriously or just starting to get to know someone you’re romantically interested in, there are a few cultural norms you’ll need to keep in mind to guide your behavior.

For instance, one major behavioral norm to be aware of is that you should never eat in bed. While breakfast in bed is a very thoughtful, romantic thing to do for your lover in the States, it is not acceptable in French culture. They don’t want the possibility of getting crumbs all over the bed, so please keep the food in the dining room.

French people, men, women, or anyone in-between, are also quite keen on keeping up with politics. So, you might want to brush up on current events if you want to engage in meaningful conversation with your romantic interest.

Otherwise, you might either come off as standoffish or disinterested when these conversations arise. (Or, you’ll just have to accept that political conversations will be a normal part of everyday life. For many Americans, this is a tough thing to do, given the nation’s widespread political disinterest.)

Men in France are also not as… ahem, messy, as Americans tend to be. While women in the States spend 8x more time tidying up each day than men (1 hour and 20 minutes compared to an average of 10 minutes for men), the average French man is far more proactive and attentive to maintaining the organized state of his home.

So, when it’s time to move in with your beau, you don’t have to worry about an uneven split in the house chores. It’s reasonable to expect your domestic responsibilities to be split quite evenly.

If you want to meet French guys, check out these French dating sites and apps.

Here Are Some Signs that a French Man Likes You

Just like in any culture, there are some clear signs that a French guy you’re interested in may like you and want to either date you or enter a committed relationship with you. A few of these are listed below:

Of course, there are far more signs that a French guy might like you. However, these are quite all-encompassing and can be true of any man in France, as they’re based on cultural norms instead of independent personalities.

When You’re Dating French Men, Relax and Go with the Flow

The most important thing to keep in mind when dating a French man is that you must allow yourself to relax and go with the flow.

Don’t get too caught up in planning complicated dates for the future, or trying to play according to made-up rules that most Americans and similar Westerners adhere to when they’re ready to get romantic.

Be honest, open-minded, and have fun!