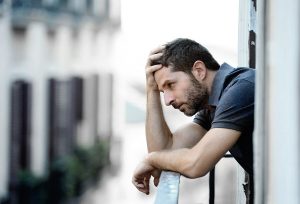 Breaking up is tough. Most people think of the person on the receiving end of the “we are breaking up” announcement as the more upset person in the situation, but that’s not always true.

Breaking up is also hard on the person who initiates the break up. He or she had to gather the courage to admit that the relationship was not healthy and then do something about it. And then they have to deal with the other person’s reaction to the breakup, which can often cause guilt.

The Viewpoint Of Your Ex-Girlfriend

Your ex may not see the unhealthy part of the relationship and doesn’t understand why the breakup really happened.

She has not had time to deal with her feelings of being separated, so she can be much more dramatic about the breakup than you. So, naturally, when you see the confused feelings she is having, you feel some guilt.

But you have to remember that you did the right thing.

You would feel guiltier if you had stayed with someone you were not happy with and spent all your time wanting to break up. It’s important to realize that things would be much worse off for both of you if you had stayed in the relationship.

How Would You Feel If You Stayed? 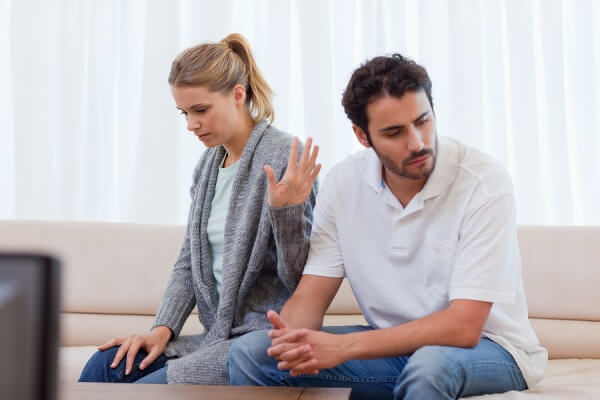 First, you would be unhappy and unsatisfied in the relationship. That is not where you want to be. Being single is much better than being in an unhappy relationship.

Second, if you stayed together, you would feel like you were wasting precious time in this life. Staying in a relationship that doesn’t work is not productive to your happiness. It just wastes time that could be used in better ways.

How To Deal With Common Issues After Breaking Up With Someone

It is common for people to threaten to hurt themselves after a breakup. The chances of that actually happening are slim, but possible, so threatening self-harm is a great way to make someone feel so guilty that they take you back.

As far as romantic relationships are concerned, the act of a break-up can trigger intense feelings of depression, anxiety, guilt and panic – leading a person to deal with a lot of emotional pain. – Mental Health Daily

Your job is to recognize that what they choose to do after the breakup is not your responsibility. You can only be responsible for your own actions.

If you are persuaded by threats of self-harm and end the attempt at breaking up, you will only end up in the same place a few weeks or months down the line – wanting to break up and feeling guilty. It is better to face up to the issue the first time than to waste more time in a dead-end relationship

The next common tactic that a girlfriend will try to stop a breakup is to make you feel like breaking up was for no reason, or at least no good reason. Desperate people can be very convincing and make you think your reasons for breaking up were silly and insubstantial.

That can be confusing and leave you feeling as though you are a really bad person who did the wrong thing.

The truth is, your reasons for initiating the breakup were real and important to you, and that’s what you have to remember.

Write them down and post them on your refrigerator, or recite them to yourself each night, but just keep reminding yourself that you broke up for good reasons.

If The Breakup Was For A Good Reason, Move On

You have no control over your ex and her decisions.

You do have control over yourself and your decisions.

Be kind, explain your reasons for breaking up with her, allow her to talk it out with you and ask questions, and then move forward with life and find a happier and healthier relationship.

Note: Big thanks to Phil Turner for editing this article.

Below is a list of research studies that are currently open for participation. … END_OF_DOCUMENT_TOKEN_TO_BE_REPLACED