A girl that is acting cold and distant may prove to be a frustrating situation for any guy. Learn what to do when she backs away from you.

A common issue that many guys have faced in one time of their lives or another is a girl or even a girlfriend that starts to act cold and distant. A woman may back away from her plans without warning – even though you guys seemed to have great dates and chemistry!

Does this scenario seem familiar?

So you’ve had a couple of really great first dates – and everything seems to be running smoothly. She answers your texts within minutes, and it’s not uncommon for the two of you to text back and forth on a regular basis. 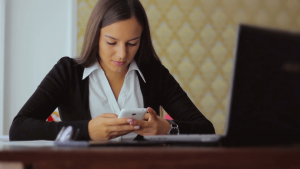 How A Woman Starts to Act Cold & Distant?

Suddenly, without warning – her good morning and good night texts no longer become apparent. She’s taking longer to answer your text messages. Rather than minutes, she’s now taking hours or even days.

To your dismay – you might even try to ask her out on another date but she is acting evasive and aloof about her schedule!

Worse of all – you might even have begun to get attached to this girl. In fact, the more interest you show – the more she seems to back away!

What to Do When a Girl is Acting Cold and Distant?

Before we can talk about what to do if she begins to act cold and distant, you must learn why a girl acts distant and cold in the first place.

If your girlfriend is suddenly acting cold and distant, there may be very distinct reasons why. I cover a few reasons below: 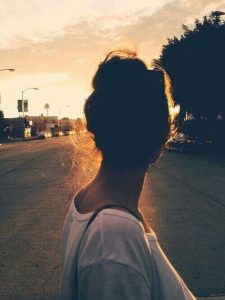 Reason #1: She’s Acting Cold and Distant Because Her Interest Level is Dropping- This is by far the most obvious reason – but a reason that many guys can’t see in the midst of their infatuation with a girl. It doesn’t matter if you’d had 3 or 4 even 10 great dates – a girl can start to act cold and distant often without warning. This is due to her interest level dropping.

Her interest could be dropping due to a variety of reasons, but after years of this happening to me – I rationalized it out to a few main reasons:

You Became Too Needy & Desperate

There’s no bigger turnoff for a woman than a guy that is needy and desperate. If you are being too available or too quick to answer her text messages – stop now. This means taking longer to answer her messages – being less available and not taking the first offer for a date. Yes, it might seem like your playing games – but modern dating today is mostly a chess game.

You’re Too Much of a Nice Guy- Yes, you don’t want to hear this but women prefer the “sexy” guy over the “nice guy.” Deep down, they want the bad boy who lives on the edge. If you always cater to a woman’s needs – she will find you unattractive. This was my problem for many years. It’s a fallacy that niceness will attract women. Stop now.

Reason #2: A Girl May Act Cold and Distant Because She’s Talking to Another Guy- Yes, she might have an ex-boyfriend that she recently started talking to again. Maybe a new guy that she recently met on a dating site or even someone at the coffee shop that caught her eye.

If this is the case, it is rarely worth trying to compete against the other guy. You will lose every second of your time. If she has gone cold, she has made a conscious decision. Her actions are telling the whole story.

Reason #3: She Might Be “Unsure” About Her Feelings Towards You – Typically, when a girl backs away – this is because she is unsure of her relationship and she needs time to sort out whether she wants to continue the relationship or formally break it off with you. (You will get the blatant “I’m not ready for a relationship right now” speech if she decides the latter).

If she has become unsure of the relationship, surely you have done a few things that may have turned her off (too needy, too available, too much of a “nice guy” and you lost your sex appeal)

Reason #4: She’s Become Bored of You: A girlfriend may act cold and distant because you have become boring to her. Are you taking her out on boring dates, maybe doing the same routine over and over? Perhaps the spark when she met you is gone. You are no longer the same “bad boy” she thought you were.

What To Do if a Girlfriend Acts Cold and Distant

It can be quite disheartening when a girlfriend begins to act cold and distant – particularly if you’ve begun to get attached (catch feelings) for a girl. This is all the worse if you’ve become emotionally invested and you are more interested in her than she is of you.

If Your Girlfriend is Acting Cold – Pull away: Give her the space she needs for her interest level to come back up. If she’s interested at all – she will eventually contact you. This can be hard to do – especially if you’ve become too attached to the girl.

Have you been acting too clingy (aka demanding too much of her time?) In fact, this could the reason why she’s pulling away in the first place. Your level of interest should mirror hers. If she texts you once, text once back. 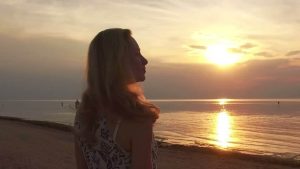 Immediately stop all contact with her – and make a conscious effort to set dates with other women. Texting her, calling her and drowning her with messages will only confirm her suspicions that you really are that desperate, needy guy she thought you were.

Wait for her to contact you and wonder about you. This could be days, weeks even a month from now. Put the ball in her court – and if she has one ounce of interest – she will eventually contact you.

And once she does, immediately set a definite date. No small talk or B.S. on the telephone for 30 minutes.

Start Talking to Other Women ASAP

The key to a successful dating life is abundance. Don’t put all your eggs in one basket – surely not a cold and distant girl. At any given point, you should be talking to at least 3 or 4 other girls unless you are in a serious relationship.

Realize, if a girl has gone cold and distant, this is a bad sign. It rarely turns around for the better. In my own experience, it only goes downhill from here. A woman that acts cold and distant may make excuses for her behavior. Being busy, or dealing with family members are some common excuses. She is suddenly “too busy” to see you.

You deserve better, so start talking to other women immediately.

The next time you see her (if you see her again assuming her interest level is still high enough) – don’t act mad or bothered by her behavior. Confronting her about her acting distant or cold rarely works. She may change her behavior temporarily, but it won’t work. Again, it will only inspire her to cheat on you behind your back – since her actions indicate she isn’t happy with the relationship in the first place.

Is It Possible to Recover When a Girl Acts Distant and Cold? 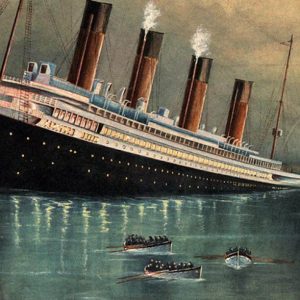 Yes, it’s possible. But you have to quickly identify what actions or behaviors you may be doing that are turning her off. If there is another guy in the picture, saving the situation is like trying to patch a hole in the Titanic.

In most cases, the solution is: pull away and talk to other women while you wait to see if she comes back around. Most of all, continue working on yourself (gym, exercise, socialize, diet, etc) while you wait!

I promise that waiting and not contacting her will be more painful than anything else you’ve experienced. It’s so tempting to try to contact her just one more time… but doing so won’t help your case.

If she does come back around, she may wonder about you or perhaps she may have been genuinely busy. If not, you’ll have to chalk it up as a loss. But at least now you know where you stand with her.

Below is a list of research studies that are currently open for participation. … END_OF_DOCUMENT_TOKEN_TO_BE_REPLACED