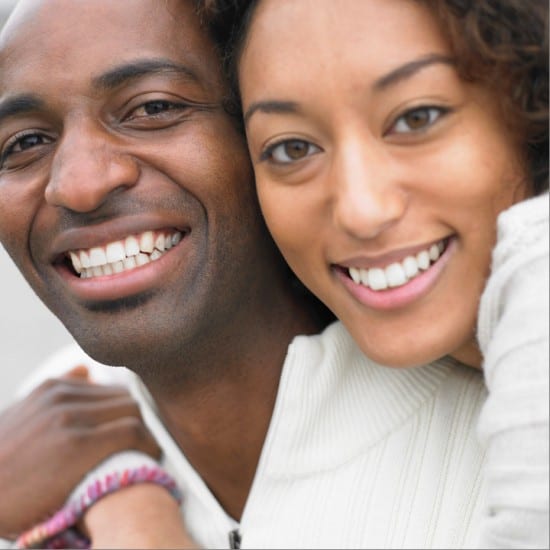 It’s not too profound to suggest that people are biological creatures—without genes, bodies, and brains, no part of our social lives would be possible. But how our biology relates to our minds and behavior has been a black box for centuries. Scientists simply didn’t have the tools or level of biological knowledge necessary to connect what happens in our bodies to how we experience the world. In the last 30 years, however, advances in genetics, physiological recording, and brain imaging have made it possible to begin to unpack some of the links between biology and psychology.

Recently, my colleagues and I conducted this type of study.1 We were interested in understanding whether differences in the oxytocin receptor (OXTR) gene would predict how compassionately people responded to a romantic partner in distress. The oxytocin receptor gene codes for the receptor of oxytocin—a neuropeptide (chemical messenger) in the brain that has been associated with both positive (i.e., trust, empathy, care) as well as negative (i.e., boasting, negative memories) traits and behaviors. There are two variants of the OXTR gene: a G version and an A version. Since we have two copies of every gene (one from each parent), people can be a GG, GA, or AA. We invited couples to come to our lab and take turns discussing a time of personal suffering outside the relationship (e.g., caring for an ill parent). We videotaped these conversations and focused specifically on how the listener reacted in each conversation. Remarkably, we found that people with two copies of the G version of the OXTR gene (GGs) tended to make more eye contact, nod their heads more, smile more, and have more open, welcoming body posture than did people who had at least one copy of the A version of the gene (GAs or AAs). We then took 20-second clips of these listeners, removed all the audio, and showed the clips to complete strangers without telling the strangers about the content or context of the conversations shown on the clips. These complete strangers rated the GGs as more trustworthy, compassionate, and kind than GAs and AAs.  That’s right. Complete strangers, without hearing a word, viewed people with two copies of the G version of the OXTR gene as more prosocial than people carrying at least one copy of the A version of the gene—all from just watching a 20 second ‘silent’ clip.

So does this mean having a particular version of a gene automatically makes people kinder, more responsive partners than people with a different version of the gene? Not quite. Ultimately, many genetic and non-genetic factors are involved in any process as complex as responding with empathy to a partner’s pain. The oxytocin receptor gene is just one of these factors. A person with two copies of the G version of the gene (GG) could still be a cold, distant partner; a person with two copies of the A version of the gene might be a saint of saints. Genetic research on the foundations of kindness and responsiveness is in its early stages, and there is a universe of work ahead of us before we will understand how the many factors that affect how we behave weave together. What is clear, however, is that no one gene can make or break a person’s capacity to be a good romantic partner—each gene is ultimately just a part of a much grander equation.

1Kogan, A., Saslow, L., Impett, E. A., Oveis, C., Keltner, D., & Saturn, S. (2011). A thin-slicing study of the oxytocin receptor (OXTR) gene and the evaluation and expression of the prosocial disposition. Proceedings for the National Academy of Sciences. Early online edition.

Dr. Alex Kogan
Dr. Kogan’ reseach focuses on understanding close relationships and human prosociality at the biological, psychological, and cultural levels of analysis. In particular, Alex has studied the genetic and peripheral physiological basis of kindness, the personal and relational rewards of being selfless in romantic relationships, the experience and priorities of different types of love, and the role of positive and negative emotions in mental and physical health. Currently, Alex is a postdoctoral fellow at the University of Toronto Mississauga.