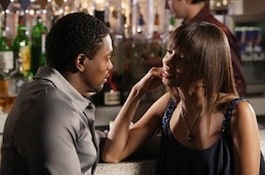 Ladies, consider the following setting: It’s a Friday night. The place is buzzing. Across the room, a handsome stranger has caught your eye. You want to attract his attention, but how? If one were to follow traditional protocol, you would bat your eyelashes, flash a well-toned calf, sit and wait, hoping he will somehow get the message and make the journey across the room. However, it is 2011. Surely, sitting and waiting is not the only way for a woman to make contact with a man. And, besides, who has the advantage in this situation; the woman because she can say ‘yes’ or ‘no’, or the man because he has the pick of the litter? Alternately, is it acceptable for a woman to do the approaching?

The question of ‘who should approach’ has become even more important as the lines between gender roles have become more blurred. Until recently, everyone knew their roles: men approach, women either accept or reject. But what would happen if the roles were reversed? Would women ‘act’ more like men if they were the ones making their way across the room while the men sat in their comfy chairs? Would the men become choosier in the role of prey?

A 2009 study of 250 speed-daters published in Psychological Science addressed these questions. The researchers found that everyone was choosier when they were approached by a potential partner, but less choosy when they were doing the approaching.1 When men moved around the room in the traditional style while the women remained seated, the women were more selective about prospective dates. However, when the women did the rotating, it was the men who were more discriminating about who they would consider as a match. The speed daters were also asked about their feelings of confidence when being the chooser and the chosen. Once again, everyone said they felt the most confident when they were the ones doing the choosing.

What are the implications of this work? One reason women might have the reputation of being choosier is because, traditionally, men are the ones who make the first move. By approaching, men are intrinsically saying ‘yes’; women who are approached, however, have the freedom to say ‘yes’ or ‘no’ but only to those who have approached them. In other words, women’s apparent choosiness results from the disproportionately small selection of people who have approached them. Yes, Al and Joe have both come over to chat, so you have the choice between two. But, if you were to choose, by way of approaching, your selection would be substantially greater. You could have your choice between Al, Joe, Rick, Steve, Dave, Armando, Armando’s brother, etc.

This study suggests that the tendency to approach is not necessarily hardwired, and that men and women act more similarly than many assume. It also shows that the advantage goes to the one doing the selecting, not only because of the greater range of choice. When we are the ones doing the choosing, we feel more confident and are actually less choosy, which means more potential matches. Ladies, time to get off your chair. I think you’ll find that it is worth the effort.

Jean Smith – Website
Jean Smith is a cultural and social anthropologist with expertise in human attraction, body language and how we flirt with one another. Her research primarily addresses the ways different cultures display and interpret attraction. She is currently writing a book encompassing her research, which highlights how culturally specific influences, such as religion, history, economics, political beliefs and sociality impact the way in which attraction/flirting is exhibited. Jean received her Masters in Social Anthropology from The School of Oriental and African Studies in London. Alongside her Flirtology website, she runs seminars and training courses that give a fresh take on how to manage important conversations and interactions.