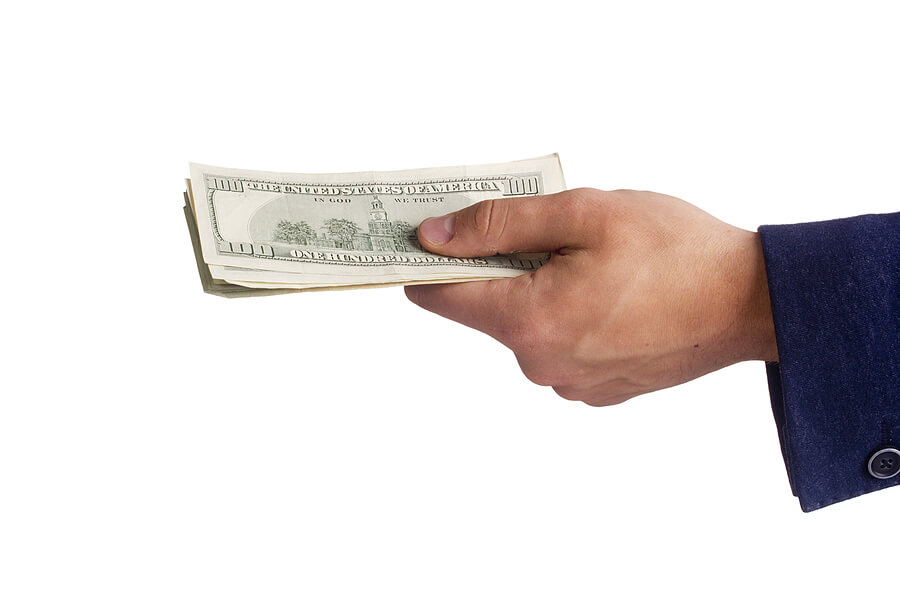 I love that title, but I can’t take credit for it. Jennifer Peaslee sent it to me as an idea when I asked what would make someone more interesting to date. And, speaking from experience, I can tell you that men who know how to earn, keep, and spend money are MUCH more attractive to women.

Can you say you have a handle on money? If you don’t, you could be ruining your chances with women – even women who don’t care that much about money.

I’m not all about money, but I do have my limits with cheap men or consistently broke men. Dating guys who pinch every penny or spend their money on useless things – right down to the last cent – are not that attractive.

I once dated a guy who spent every cent when he got his paycheck. He never had money to go out and do stuff with me, and since we were dating, we did go out – and I had to pay the bill. That was one of the reasons that I ended up breaking up with him. He was so bad with money (spent it on useless things like partying) that he could barely take care of his own needs! And, I felt like he didn’t care enough about me to put some effort into taking me out or treating me to something once in a while.

The bottom line is that it’s important to master money and be able to manage it in a way that benefits you and allows you to enjoy your life. It is a skill that will benefit you now and every day until you die. And, it will help you make the most out of your life and your relationships.

No, money is not everything, but when you use it in the wrong way, it can affect everything in a negative way.

Jennifer’s blog, The Savings Opportunity is all about saving money and finding deals. She has some important insight into saving money without totally turning off your date or new girlfriend. Following is some advice from her about why mastering money is such a great skill to have in your dating life.

You don’t have to have a big bank account (although it doesn’t hurt) – but you should be wise with what you have. This will show not only that you would be a good provider, but also that you are smart, responsible, and someone a woman can rely on.

This doesn’t mean that you can be cheapskate! That’s not attractive. Guys have to remember to still make a girl feel special, to find good ways of connecting, and to splurge on her now and then so she feels spoiled and pampered.

Following are some Dos and Don’ts when it comes to dating and money decisions:

– DO give sentimental gifts that cost little or no money to show how you feel.

– DON’T make things up that don’t really work just to save a buck.

– DO pick her wild flowers instead of buying them.

– DON’T pick up a random rock and give it to her, calling it a “love stone”.

– DO explore inexpensive restaurants or find deals on sites like Groupon and Living Social.

– DON’T skimp on the tip because it will show disrespect to the servers and make you look cheap.

– DO think of dates that cost little or no money but are filled with fun things she likes to do.

– DON’T suggest a date just because it’s cheap without thinking of whether she will like it or if it will bring you two together.

– DO take her on a bike ride and a picnic in the park if she likes biking.

– DON’T invite her for a Call of Duty video gameathon if she doesn’t play video games.

And the most important of all:

– DON’T go overboard with penny pinching or it may seem like your money is more important than her happiness or your relationship.

When you become really good with money, and you’re not too cheap when you can afford to spend some money or too extravagant when you can’t afford to spend the money – you are definitely more attractive to women. But you also feel better about yourself.

The truth is that it’s easy to go into debt nowadays, and once you get there, life can become hard. That’s why blogs like Jennifer’s are so important. You can save money and still do or buy things that you want to do or buy. Life doesn’t have to become about sitting at home stressing out about money if you learn how to master it.

Who Can Help You Master Money?

One guy who is great with money and has a knack for teaching important tips and tricks is Dave Ramsey. If you want to start mastering money right now, start paying attention to what he says. You can listen to his podcasts through YouTube or watch his show on YouTube or read one of his books.

I first heard about Dave Ramsey from the ShayTards. If you want to see them talk to Dave Ramsey, following is the video.

In the end, mastering money is one of those skills that will make you more attractive to women and happier in life, so why not develop it? Everyone has to deal with money, and it could be one of the most useful skills you ever develop.