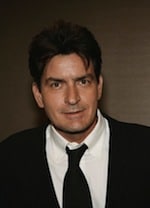 Few celebrity figures fit the definition of a narcissist better than Charlie Sheen. He is famous for his grandiose self-concept, his delusional faith in his own choices, and his defensive self-righteousness in the face of setbacks, not to mention his tiger blood and Adonis DNA. In his own words, “I’m grandiose. Because I live a grandiose life.  I’m not aw shucks… because I’m gnarly.”

Research shows that narcissists are less committed to their romantic partners and less determined to make relationships work compared to less narcissistic individuals.1 This is a major problem, because commitment leads to a lot of highly beneficial relationship behavior, such as willingness to forgive one’s partner,2 or willingness to make sacrifices for one’s partner.3 Since Charlie Sheen probably doesn’t become as committed to his relationships, chances are he’s less likely to accommodate his partners in these ways, which means lower relationship satisfaction for everyone.

2. Narcissists believe that everyone wants them

Narcissists believe that they could easily attract other, high-quality partners, which is why they feel less committed to the current partner.1 And because narcissists like to stroke their egos, they pay more attention to alternatives; for example, they’re more likely to notice when other people check them out. So even when Charlie Sheen is in an established romantic relationship, he probably likes to make sure that his “tiger blood” can still attract other women… a motivation that is unlikely to impress his current partner.

3. Narcissists believe that their partners will never leave them

Narcissists have fewer doubts about their romantic partners’ commitment to them.4 Of course, a certain degree of security is good for relationships, in that it protects people from unnecessary jealousy, conflict, and stress. The problem is that narcissists take this security to a defensive extreme, by refusing to consider the possibility that their partners could grow dissatisfied with them. As a result, they may not take their partners’ concerns as seriously, and they may not be as interested in working on the relationship. For example, if Sheen had realized that his over-the-top lifestyle might actually lead Denise Richards to divorce him, he may have been a bit more motivated to cut back on the partying.

Click here for Part 2 where we discuss three more narcissistic pitfalls that explain the romantic mishaps of Charlie Sheen.

Samantha Joel – Science of Relationships articles
Samantha’s research examines how people make decisions about their romantic relationships. For example, what sort of factors do people take into consideration when they try to decide whether to pursue a potential date, invest in a new relationship, or break up with a romantic partner?