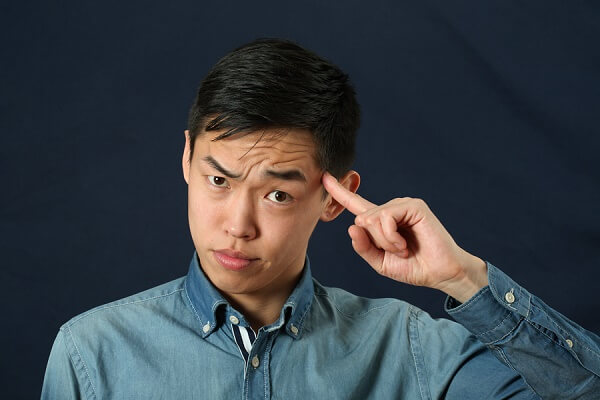 You may not give your brain a lot of thought when it comes to attracting women, but there is a way that you can let a woman feel the raw power of your brain. I’m talking about the actual brain sitting in your skull, not your cognitive skills.

Earlier I came across some guys talking in a forum about how men who ignore women seem to gain a sense of control over them. It’s as if women become more attracted to them.

It’s true. If you ignore a woman you just met, she may feel angry towards you or upset with you, but she will want the attention from you.

It is human nature to want to be liked and accepted (probably more so for woman than men), and we tend to focus on situations or people who make us feel bad about ourselves, unappreciated, or rejected.

In short, people who make us feel bad have some power over us.

When you initially ignore a woman, she will think about you, even if it is negatively. Therefore:

Just make sure you are not harsh about it. Don’t give her dirty looks or make her feel unworthy of you. Just act uninterested or unaware of her, even if she is doing her best to get your attention.

Side note: It’s important to remember that while it is human nature to want others to like us, and it is generally true that a woman will focus on you if you make her feel unnoticed by you, some women may simply not care. Their emotional intelligence is simply too high. Therefore, this isn’t a foolproof tactic.

When you stop ignoring her, she will feel better about the situation. And if you follow up the silence in a way that doesn’t make you seem like a jerk, she will start to lose the anger or hurt – and all that will be left is the energy that was built. All you have to do is set fire to that spark.

Don’t start ignoring her again because that’s where you are going to create some unhealthy issues between you and her. It’s alright to pretend that you don’t notice her or don’t have a lot of interest in her when you don’t know her. She’s not going to take it as personally as if you were someone she had a relationship with. But, once you get to know her, rejection can really hurt her and affect your relationship negatively.

“…our bodies respond to rejection like they do to physical pain; the pain should be taken seriously.” – Association For Psychological Science

Your Brain And Her Body

Having power in a situation can still be a good thing after you develop a connection with a woman. In fact, if you don’t want to pretend that you don’t notice a woman, there is a way to use your brain to gain some power over her initially and cause that spark of attraction.

Do you think that if your brain had the power to control a woman’s arm it would cause a spark between the two of you? I do.

I think that it would promote interest in you because it is not a normal occurrence when she meets a man (just as she doesn’t get ignored often). It would keep you in her mind. It would connect the two of you on an energy level. And that connection could help you develop more energy in the future.

Watch the following TED where Greg Gage, a neuroscientist, demonstrates how to control someone else with your brain.

Want to learn more? Go to Backyard Brains where you can learn more about the brain. You can even buy the machine that you saw in the video above. In the product details it talks about making a connection with that special someone or even a total stranger, which is exactly what I’ve been talking about. It is a unique way to stand out in a woman’s mind and get connected.

Below is a list of research studies that are currently open for participation. … END_OF_DOCUMENT_TOKEN_TO_BE_REPLACED