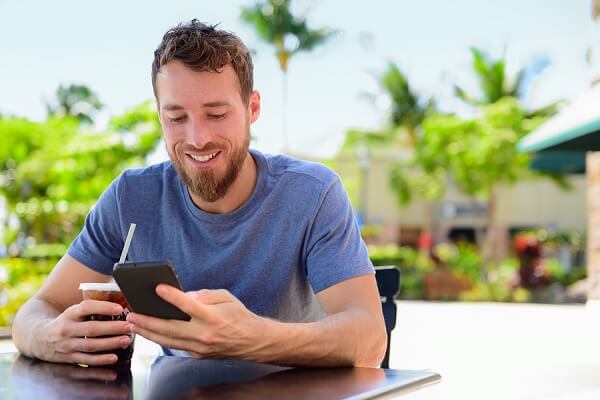 There are some pros to dating apps. For instance, you can meet people fast, they are cheap to use, and you can get onto them from wherever you are – like home, work, vacation, or in the bathroom. But, there are also some downsides to dating apps.

5 Reasons You May Want To Avoid Dating Apps

The cons to dating apps go beyond affecting your dating life negatively, but they absolutely affect your dating life as well. Following are 5 of the biggest reasons that you may want to avoid dating apps altogether and just stick with the old fashioned way of meeting women.

1. They May Increase Your Chances Of An STD

According to this article, there has been a record spike of STDs in the past few years, and they seem to correlate with the rise of social media and dating apps.

This makes sense, right? It’s easier than ever to find someone new who is looking for the same kind of fun you are, so meeting someone through a dating app, getting together, and hooking up can happen very fast.

The best thing you can do? Meet a woman, get to know her, get tested together, and then have sex. That is the only way to know if she has an STD and avoid getting one.

But, the instant gratification that dating apps offer you when it comes to meeting a woman and hooking up may be too much to resist, so make sure you wear a condom. That’s your second best line of defense, and it is well worth the precaution.

2. Hackers Can Take Control Of Your Profile

According to this infographic, done by IBM security, hackers can do a lot with a dating apps to screw up your life.

These are dangers that you should consider when on dating apps. They can really mess up your life in more ways than one.

Learn more about what you can do to protect yourself on dating apps here.

3. They Can Lower Your Self-Confidence

Online dating used to be for the shy people who didn’t have luck going out and meeting other people, but now online dating sites and dating apps are overrun with people who have very good social skills and are not looking for a shy person with low confidence.

I’ve heard many guys complain about getting rejected time after time, and they usually feel worse than when they started using the dating app.

That rejected feeling will affect all areas of your life, and it will affect your future ability to get women offline.

4. You Can Attract Some Really Bad Women Using Them

I’m not just talking about finding women that you think are great, but turn out to be completely different than you expected. I’m talking about attracting the wrong kind of women that will result in an unhappy relationship and a breakup not long down the road.

I’m talking about attracting women and relationships that are going to waste your time.

Inside the Love Shack forum, I was reading a post about a guy who was using dating apps, acting polite and normal, and not getting very many responses. Most of the women would look at his profile after they got a message from him, but not respond.

When he got pissed off enough, he started being a jerk about the whole thing.

In his anger, he started complaining about the whole process, and guess what? He started getting a lot more responses! In fact, his success rate improved by about 75%.

Here’s the problem: Now he is attracting complainers to him. These women obviously feel like they can suddenly relate to him because he is ranting about the dating apps and sites and how shitty they are. He’s attracting women who are attracted to those rants, which is not good for his dating life!

Women who are attracted to negativity are generally not going to be strong, happy, or successful women. They may even have some pretty messed up ways of interacting with other people, and that will result in an unhealthy relationship if you do get together.

If you want to attract women who have their shit together and don’t feel attracted to complainers in life, then be careful who you meet from dating apps. If you attracted them because you were a jerk or rude or negative, then they are probably not the right person for you!

5. You May Start To Distrust People In General Thanks To Them

Lying online is just the way it is.

Women will want you to think they are what you are looking for, and they will lie to make you think that. They may lie about their age, weight, looks, work, or more.

They will most definitely choose the best picture possible for their profile, which means that the chances are very good they will look different when you meet up with them.

After a while of being lied to over and over again, you may start to distrust people. This can affect you in all areas of your life, and it can definitely affect your future relationships.

On A Lighter Note About Dating Apps

Here’s everything that is wrong (or right) with dating apps via Dave Franco & Conan.

Below is a list of research studies that are currently open for participation. … END_OF_DOCUMENT_TOKEN_TO_BE_REPLACED