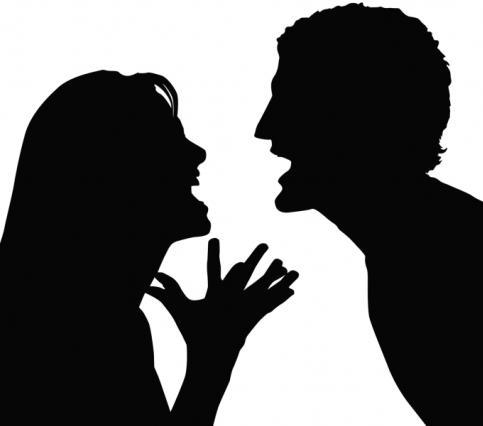 Maryhope here again, offering up my personal life in the name of science (actually, I think that might be the definition of grad school). Anyway, Ethan, my husband, and I were recently invited to a friend’s house for dinner—an exciting prospect in a city that even after 4 years still feels new to us. Ethan was going to pick me up after drinks with his friends, then we’d head over to the dinner party. No problem. Well Ethan was late. Then he was later. I got mad. Then I got madder. It was kind of like that scene from The Break Up when Jennifer Aniston screams, “I want you to want to do the dishes.” I wanted Ethan to want to be punctual. Can you tell this is a fight we’ve had before?

As we pulled up to our friends’ house, fists still clenched, the question quickly became: can we successfully leave the fight in the car and have a good time at dinner? Or will it be like some kind of stealth passive warfare, where I secretly drop olive pits into Ethan’s wine glass, and he tells that really embarrassing story about me from high school.

It turns out that our ability to calm ourselves down after a fight with our partner is a really important part of regulating our emotions. Letting fights spill over into other contexts can interrupt relationship satisfaction and even predict divorce.1

So why can some of us abandon the warfare and move on quickly, and it takes some us hours to come down from a fight? Well, recent research suggests that our relationship experiences from infancy might lay the groundwork for how we behave with close others in adulthood.2 These researchers assessed participants’ relationships with their mothers in infancy and then looked at how those same individuals behaved with their romantic partners in adulthood. They found that individuals who had a more secure relationship with their mother as infants (which means they appeared to feel safe and displayed neither excessive clinging or restrained behavior with her) recovered more quickly from conflict with their romantic partner when they were 20 years old! This study also found hope for those of us who might not be so good at this conflict recovery stuff. If participants who were insecurely attached had a partner who was able to quickly recover from conflict, their relationships were more stable over time.

So how did Ethan and I do? Well, there were no olive pits or embarrassing stories, which I take as a good sign.