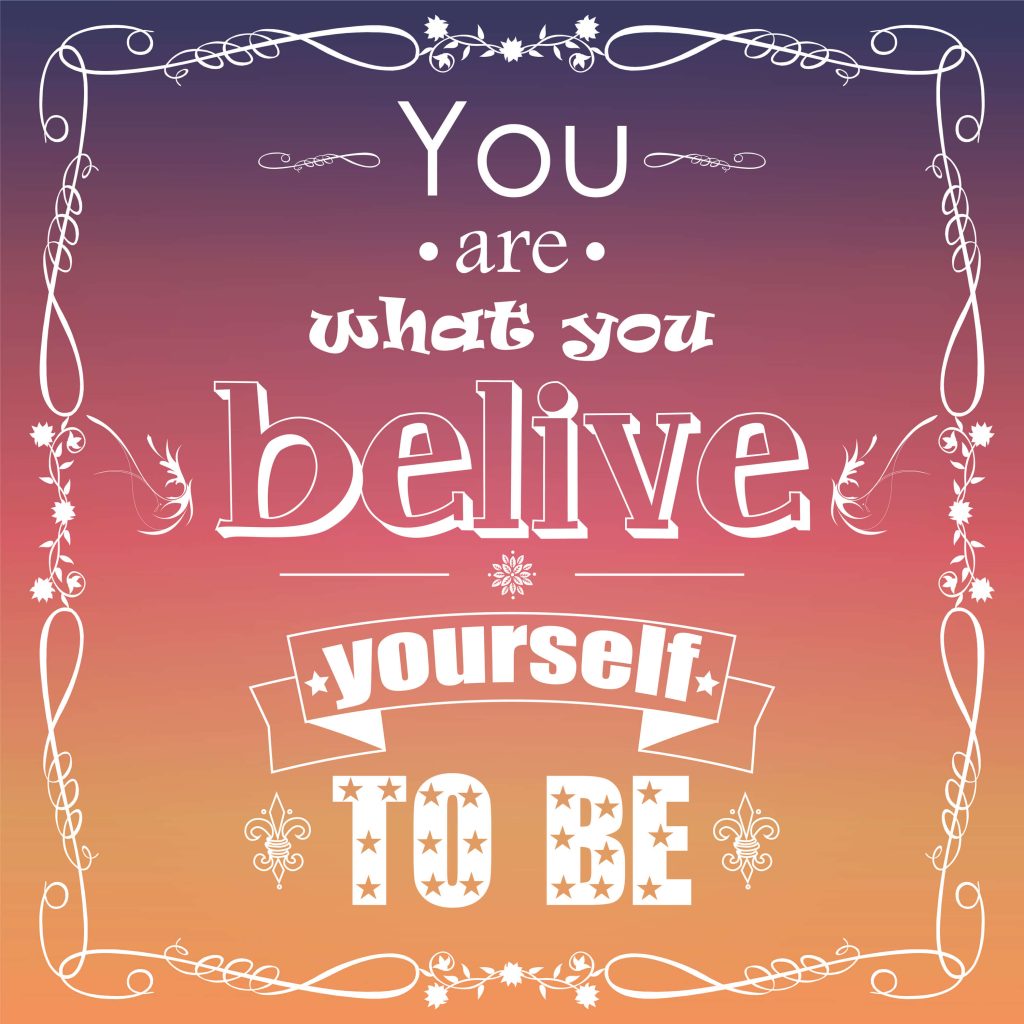 I hear from guys all the time who have limiting beliefs about themselves and their ability to attract women. Unfortunately a lot of those men do not think that their beliefs are limiting – they believe they are real, matter-of-fact, hardcore truths that rule their life – and they won’t hear anything otherwise!

If you want to move forward and have the life you want with women, it is important to understand that you DO have limiting beliefs.

It is important to accept the fact that you may be believing some crap about yourself that isn’t true and – yes, it may have affected your past, but you don’t have to let it affect your future.

If you let your limiting beliefs continue to run your life, then you are not going to be very successful with women – or anything else for that matter. Limiting beliefs hold you back from getting the life you want by trapping you with fear and ensuring that you don’t take action towards what is rightfully yours.

So, how can you break them and move past them?

3 Steps To Shatter Your Limiting Beliefs

When it comes to limiting beliefs, self-help exerts all say some of the same things, and if you hear it enough you start to understand it and use it in your life. Since I spend every single day listening to some sort of self-help video or reading a self-help blog, I can say with certainty that the following tips are agreed upon by many because they are effective.

Step 1: Confront Your Beliefs And Ask Yourself If They Are Really True

As I said before, limiting beliefs are not true. So, when you confront a belief you have, and ask if it is really true, you can discover whether or not it is a limiting belief and then take the steps to shatter it.

For instance, if you are talking to an attractive woman, you may tell yourself that you could never get her number. That belief can hold you back from asking for her number.

But is that belief true? Can you say with absolutely certainty that you can see inside of her head and KNOW that she is going to say no? The truth is you can’t. She could say yes. She could like you despite what you think. So, it is a limiting belief.

If you can’t accept that it is untrue, and you are still thinking, “Yeah, but she will probably say no,” then ask yourself if other people can do it. If another guy can get this kind of woman’s number, then thinking that you can’t is not true. Her number can be gotten. Other guys can do it. So there is the potential for you to get it too.

Other examples of limiting beliefs that I hear a lot are:

I could go on and on.

I guarantee that you have some limiting beliefs – so every time you hear a belief come up, ask yourself whether or not it is true or if it is just something you are telling yourself over and over again.

Step 2: Decide If You Really Want To Hold On To Miserable…I Mean Limiting Beliefs

Once you recognize your limiting beliefs, ask yourself, “Do I really want to feel what these beliefs make me feel?”

For instance, if you believe that you are destined to be single for the rest of your life, then you probably feel pretty shitty about that. You may feel sad, angry, lonely, anxious, scared, tired, pissed off, or any other negative emotion. You probably don’t feel relieved or happy – right?

To be honest, recognizing your limiting beliefs will have a lot of power in helping you overcome them. But, understanding that instead of being miserable, you want to grow, move forward, attract women, get women, date, have a relationship, find love, have sex, feel great, get into a long-term relationship, and live happily ever after can help you actively start to work through your limiting beliefs and develop new, more positive beliefs.

You can do this!

Everyone can do this.

It is simply a matter of thinking more positively and less negatively. But, how can you do that?

In the following video, Brendon Burchard talks about positive thinking and how you can stop the negative and unwanted thoughts and, instead, think more positively. Since your thoughts have a direct influence over your beliefs, this information can be used to change your limiting beliefs.

Some insights in the video that can be applied to changing your limiting beliefs:

Whether you believe it or not, you have the power to change your beliefs. They are not set in stone. All you have to do is take action towards changing them.

Once your limiting beliefs start to fall away, you will start to achieve more in life and have more success, and this applies to not just attracting and keeping women, but to everything else in your life as well.

You owe it to yourself to destroy your limiting beliefs, so start practicing more positive thoughts today. Do what you need to do to become a more positive guy. The rewards are infinite, and your life will be much more rewarding!

Below is a list of research studies that are currently open for participation. … END_OF_DOCUMENT_TOKEN_TO_BE_REPLACED