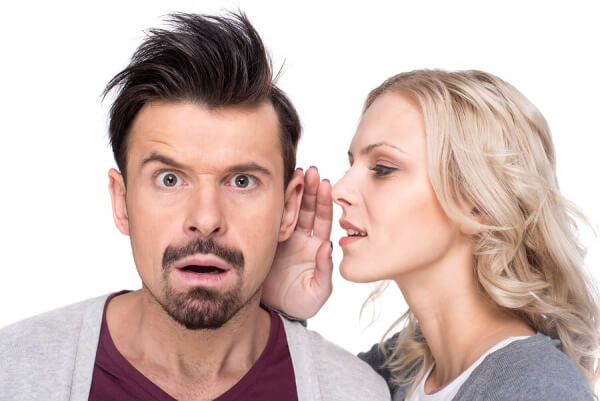 I know a lot of men don’t believe that good women are out there, but we are! We are here, screaming at you to notice us, and hoping that we will attract some good men into our lives. What do we mean by good women? We mean women who are patient, understanding, supportive, smart, down to earth, and loyal.

Following are 9 things that good women want good men to know. I’m betting that some of these things will be a surprise to you, and many of them might help you understand how to get that good woman that you want.

1. Some Of Us Are Suspicious Of Good Guys

All those bad boys that we dated were not bad in the beginning! Some of them seemed like good guys who were going to treat us right and be there for us and love us until the end. We were actually surprised when they turned out to be complete assholes!

And some of the bad boys that we dated were guys we wanted to change. I know that it’s wrong, but that’s the way it is! We thought we could be the one woman who was so good and so amazing to them that they would drop their bad boy ways and convert into a good guy that we would spend our lives with. But, they didn’t, and we learned that the hard way.

Now, we are hesitant to get into relationships with seemingly good guys. We think that if they act good, it must be too good to be true, and eventually their cheating and dishonest side will come out and they will leave us alone at night as we wonder where they are and who they are with… and, well, that anxiety can keep us from dating a good guy.

2. We Wish You Knew Your Potential

Many of us remember good guys from school and work that never even bothered to ask us out, let alone talk to us, and we wish they would have because we had secret crushes on them. Why didn’t we approach them? Because even though we could kind of see some interest from them, they made themselves so unavailable to us that we felt uncomfortable even approaching them.

It seems like a lot of good men have given up on getting a good woman. They see her, but they don’t believe in themselves enough to approach her and engage her. They let the jerk get in front, be louder, make more moves, and eventually get the date, which causes them to lose out in the end. 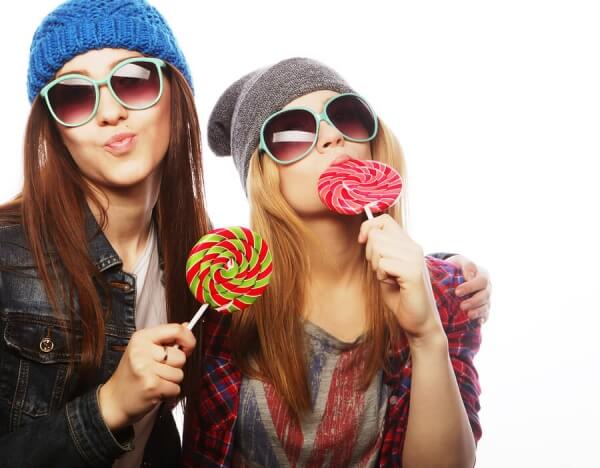 A lot of good women think that they are unwanted by all men, including good men. There is so much talk about the bad, sexy girl.

They are the ones that guys drool over.

They are the ones that guys write great comments about or whistle at and seem to want the most.

They are the ones that all guys talk to first and, to be honest, they even talk to them differently than they talk to us good girls.

How can we stack up to women out there who have that bad girl persona that, quite frankly, us good women don’t want to have!

Moreover, we hear about all these men who are in shitty relationships with these bad women, and we know that they are falling head over heels for them while we are standing here waiting for a good man like them to come into our lives. So many men complain that they are used by women, but all we can think about is ‘Stop choosing the bad ones!’

We don’t want to have to flirt with every guy that comes our way and show off our boobs and do our hair perfectly and do our makeup and eat lettuce every day and act silly, dumb, or over-confident in order to get the guys. In the end, we feel like we are not going to live up to those types of girls, so we don’t try with a lot of the good guys that we actually like.

4. You Need To Show Us Your Good Qualities For Us To See You

Ask any woman how many good men they have known in their life and they will likely be able to count them on one hand… maybe two. According to good women, good men are lacking! The women who have it all together, who don’t want to play games, who are intelligent, and who just want a man who can love them and they can love back, are not finding good men anywhere! That’s why you will hear sayings like ‘where have all the good men gone?’ or ‘all the good men are taken!’

If you want good women to know that you are out there, you have to approach them and show them your good qualities. All they see is another man coming towards them, and since most of them are pretty bad, they assume that’s what they are dealing with. Especially if you come across as arrogant or rude in any way.

5. We Want You To Be Honest

We don’t want you to pretend to be someone you are not to try to win us over. We want to know that you are a good guy, right from the start, and we want to know what you have to offer us. If we do fall for you, and you turn out to be someone completely different than who we met, then, of course, we are going to be turned off! It has nothing to do with the fact that your good side is coming out or that the tricks and games some dumb dating guru taught you has been used up and you can’t ‘live up’ to the man that women want… it has everything to do with the fact that you were dishonest! When you are dishonest, you lose trust. It doesn’t matter if you were dishonest just on the first date or on the first 30 dates, you are squashing our ability to trust you, and it doesn’t matter how good you are, you look like a jerk in our eyes.

6. We Want You To Express Your Feelings

Bad guys have a way of saying exactly what they think women want to hear in the beginning, and then they say all the wrong things after they hook us into their life. Technically, a lot of the things they tell us are things that a good guy actually feels.

In fact, I can name a few bad ex-boyfriends that told me all those things in the beginning, and even when they were mistreating me in some way! They ALWAYS tell you what you want to hear to keep you hooked in the relationship, but they don’t really mean it. They have their own agenda, but they know that we women just want to hear those positive feelings about us.

If you are a good guy, then you will appreciate a good woman. So make sure you tell her why you appreciate her.

7. Some Of Us Are Very Bitter

A lot of good women are damaged from all the jerks have put them through. They have lost respect for men and become very bitter about all men. They are not even willing to consider the fact that there are good men out there because they have been so hurt and so stepped on and so mistreated that they can’t see past their belief that all men are bad.

How can you get through to a bitter, but good woman? By showing her that you are truly a good man. This means patience, commitment, and time. It means connecting with her without pressure to get into a relationship right away. It means proving that you are a good man that she can trust. When she can see it, her belief about men will be changed, and you have a good chance with her.

8. Sometimes We Are Jerks

Good women, like bad women, have a monthly visitor, and sometimes all of our goodness and rationality can be thrown out the window as our hormones take over. This can put us into a mood where we don’t seem like a very good woman.

If we happen to meet you during this time, or if you happen to finally approach us during this time, whatever comes out of our mouth has more to do with the way our emotions are affecting us than it does with you. Seriously, you can’t understand the emotional roller coaster some of us go through at this time, and it can make us short-tempered, annoyed, cynical, and rude.

If we seem like a good woman most of the time, then we are. So please don’t give up on us if you are interested.

9. We Have Angry Ex Boyfriends That Will Paint Us Ugly!

If you’ve heard a guy that we dated talk bad about us, and it doesn’t seem to match up to what you see when you hang around us, then he’s probably angry and making stuff up about us. It seems that when a bad guy loses a good woman, he smartens up and realizes it. Usually, he tries to get us back, and sometimes we fall for his promises and lies, but often we just tell him that we are too good for him and we have finally figured it out. Of course he’s going to badmouth us at that point. We just told him that he sucked!

For example, one good woman I know had dated a couple jerks at a place she worked where there were thousands of employees. Unfortunately, those jerks had spread so many rumors about her that when she finally met a good man there, he was told how horrible she was and she was painted in a light that not many men would look past. But he did. He got to know her and quickly realized that she was not only a good woman, she was the best woman he had ever met. He dated her, married her, and he’s still with her.

So, give us a chance. Don’t believe other people. Get to know us first before you label us.

Below is a list of research studies that are currently open for participation. … END_OF_DOCUMENT_TOKEN_TO_BE_REPLACED