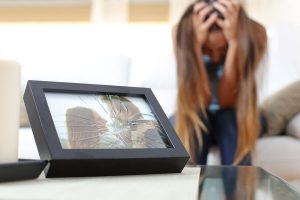 Do you want to know how a woman might feel when you mistreat her? I have a lot of experience with dating jerks. I’ve dated guys who have cheated on me, lied to me, used me, and mentally abused me. The sad truth is that all of my friends have been in at least one relationship where a guy played with them in some way. The sadder truth is that some of them are still in a relationship like that.

I find that a lot of dating coaches for men are simply teaching guys how to be jerks to women. They are teaching them how to play games with women and how to manipulate them in a way that makes them want them – even if they don’t understand why.

I got to tell you, that manipulation will work with many women. But if you want an actual relationship with a woman, then you are only screwing yourself over by manipulating her.

Let me tell you exactly how I felt in every single relationship I had where a guy wasn’t a good guy and used manipulation to win me over. It didn’t matter if he ended up using me, cheating on me, mentally torturing me, or just being someone completely different than I had met, this is the outline of how I felt.

10 Stages I Went Through While Dating A Jerk

Guys who manipulate you are saying ALL the right things to you, so it’s no wonder that I thought THIS guy was the perfect guy for me. He was saying all the right things. He was doing all the right things. And, he was confident in himself as he wooed me into his life. I talked about him with pride. I felt great that I had found such a magical guy while so many other women I knew were dating jerks. This stage was always awesome.

After we started dating, and we had settled into an official relationship, things changed. All of a sudden, he started acting a little different. Maybe he stopped calling me and letting me know where he was. Maybe he started talking down to me. Maybe things didn’t start to add up. But, no matter what it was, the guy that had won me over was starting to change for the worse, and I couldn’t figure out why.

It’s hard not to get upset when the guy you thought was perfect starts treating you like crap. I remember crying myself to sleep more times than I could count. I remember sitting home waiting for my boyfriend to call – having no idea where he was or what was going on. I remember talking to my friends and NOT listening as they told me to dump his ass because he was obviously a jerk. I was too involved – I couldn’t just dump him. And, in my heightened state of emotions, I knew that he could still be that guy that I fell in love with. I knew it!

The more he changed for the worse, the more I wondered what I had done wrong, because, obviously, it was all my fault. Had I not done enough for him? Had I not treated him right? My self-esteem would plummet. I would remember everything I said or done wrong and start to feel like I was at fault for his new behavior. He would usually help that along with his criticism or blame.

I would start doing ridiculous things to win back the guy that I once knew. I would play games of my own and pretend to be someone I was not. Then, when that didn’t work, I would beg, cry, and throw crazy tantrums. In fact, I would feel crazy most of the time. In desperation, you lose a lot of self-respect and become ‘one of those girls’ who acts irrational and crazy at every turn. This feels like you are out of control and off your rocker, but you can’t help it because you are so desperate to get back the guy you once knew.

You can only live in the energy of crazy for so long. It’s draining. There comes a point where you realize that no matter what you do, that guy you once knew is gone. So, indifference takes the stage and you start to not give a shit about what is happening anymore. You throw your hands up in the air at every little thing. You start to tell yourself ‘this is just the way it is’. You become a victim in life. It’s pretty pathetic. You still have hope that it’s going to change, but you don’t totally care if it does.

When I finally accepted that we were never going to have the relationship of my dreams, I would become really angry. I would start to yell, treat him like he treated me, and look for ways out of the relationship. He, of course, didn’t like this new me and would tell me so, but I didn’t really care. I no longer wanted to be someone good to him while he did whatever the hell he wanted.

I would start to make plans to leave the relationship. This can be easier said than done depending on how far we had gotten with our relationship. If we shared things, a little bit of planning needed to go into place. If we didn’t, then I would just tell him it’s over and try to cut off all contact. Usually, he would start to become the guy I first met again. He started to say all the right things and do the right things, and this is where I could easily get sucked back into the relationship and have to go through all the stages again just to get back to this point. But, eventually, I would move on to the next stage.

I would leave him for good. And, in retrospect, I couldn’t believe that I ever dated someone like that. What was I thinking? When I would think about the guy, I would cringe. And the more time I had away from him, the more I realized what a complete loser he was.

That’s Why I Recommend Being A Good Guy

As you can see, there is one good step in the above ten steps. Nine of them sucked big time. With a woman going through that, how would you ever win her over for the long run? How would you ever have a happy and healthy relationship?

If you are just looking to get into as many relationships as possible, then you probably don’t give a crap and are fine with everything above.

If you don’t have a moral compass and care how other people feel, then you probably don’t give a crap either.

But, if you are looking for a real relationship, then you have to ask yourself – Is that really how you want to make a woman feel? Do you really think that playing games, being a jerk, and mistreating a woman is going to get you any kind of decent relationship in your life?

I hope you realize that being a jerk is just putting a woman through hell – nothing more and nothing less – and in the end, when you realize how good she was to you and for you, it’s going to really suck because you’ve already set the tone for who you are – a man she doesn’t want in her life anymore.

Below is a list of research studies that are currently open for participation. … END_OF_DOCUMENT_TOKEN_TO_BE_REPLACED