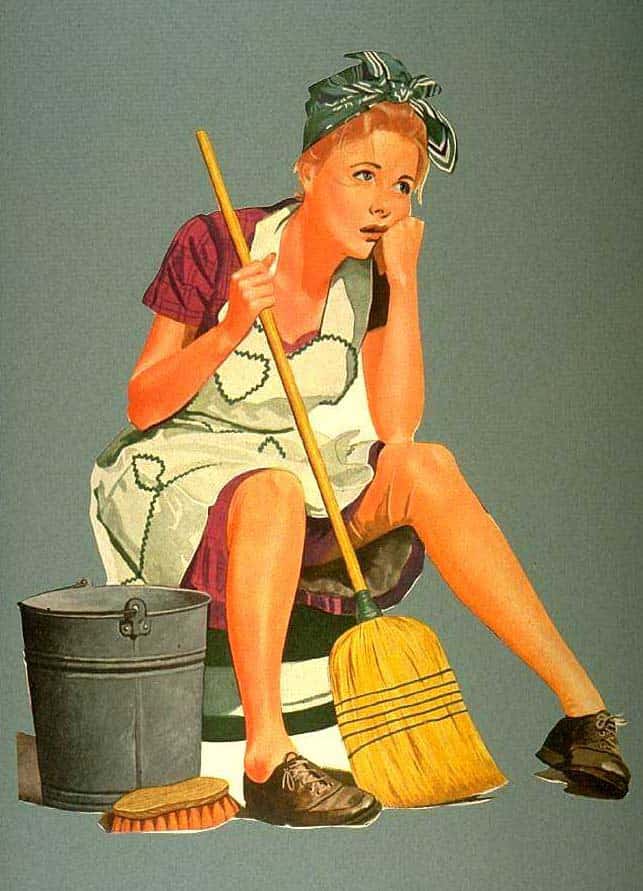 Housework is a necessary evil. Really, who likes to do things like doing the dishes, cooking, laundry, and cleaning up after the kids? Nobody does, but apparently men find it more evil than do women. According to a 2005 study from a study funded by the National Science Foundation (NSF) out of the University of Michigan’s Institute for Social Research, getting married increases the amount of time women spend on housework.1 Specifically, the study, which was based on a nationally representative sample, had married and unmarried participants record how much housework they did each day for a week. Overall, single women in their 20’s and 30’s did the least amount of housework. But the mere presence of a husband adds 7 additional hours of housework a week for wives. This makes sense; after all, marriage means an extra person living in the house, which creates more dishes to wash, more dirty socks to wash, etc. Yet, whereas husbands create extra work for wives, the presence of a wife creates an hour less of housework for husbands compared to bachelorhood.

The news is not all bad for women (I guess); across the last few decades, things do look a bit better for women. For example, compared to 1976, in 2005 women did 9 fewer hours of housework while men did 7 more hours. So things may be starting to even out, but in all age groups married men still did less housework than single men.

Not surprisingly, once couples have children, wives’ workload increases even further. In a Canadian sample of over 19,000 participants, women reported doing more housework than their husbands when there was a child at home who was under 5 years of age.2 The discrepancy in housework declines when children are between 5 and 18 apparently because men eventually take on more of the burden. A cross-cultural study of over 17,500 participants from 28 nations indicates that this issue is not unique to the United States.3 Their data reveal that women do more housework than men in every one of the 28 nations surveyed. Which were the most equitable nations? Sweden, Norway, and Finland. The least? Mexico, Chile, and Brazil. The United States was in the middle of the pack. Across all nations, married men do less housework than men who are live-in boyfriends. Interestingly, marriage leads to more work for women even if the couple holds the egalitarian view that men and women are equals. These findings suggest that the institution of marriage may be partially responsible for the wife’s added burden.

Having a husband is clearly a lot of work for wives. As a result, when forming relationships it would be wise for women to favor men who hold more egalitarian views. In fact, research from a study of 12 developed nations from Europe and the US suggests this is the case.4 Women were more likely to marry or cohabitate with a man when the country’s proportion of egalitarian men was higher. On an individual level, egalitarian males were more likely to cohabitate or get married, while egalitarian women were less likely to do so. It may be that living with someone of the opposite sex is more appealing when you believe your partner will share the burden of doing housework.

I could write more, but I think I had better go cook dinner and throw in a load of laundry…

Below is a list of research studies that are currently open for participation. … END_OF_DOCUMENT_TOKEN_TO_BE_REPLACED