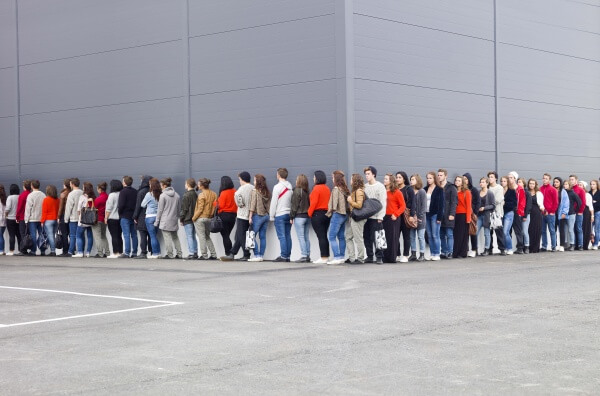 When you are insecure around others, you lack the confidence to get many things you want, including the kind of girl you really want. Sure, you may talk to her and even get a date with her, but that insecurity will shine through on your date and your chances of winning her over will be slim. In short, you have to overcome insecurities around others if you want to be more successful with women. How can you do that? Following are some tips to take to heart.

If you follow my blogs, you know I’ve been listening to Caroline Myss and her course called Self-Esteem: Your Fundamental Power. One thing I’ve really learned is that when you have a high sense of self-esteem, your anxiety around others will start to disappear. When you make yourself number one in your eyes, you become more confident in yourself and less concerned with what other people think.

I’ve witnessed this over and over again. People who have a high self-esteem are more capable of taking risks, interacting with others, and developing sustainable relationships that benefit their life. If there was nothing else you did, I would hope you do this.

Same thing as self-esteem? Apparently not. According to this article, self-confidence is related to action you put forward in a specific area. Personally, it seems that self-esteem will build self-confidence because it will help you feel valuable enough to get out there and take action on things you want to try in your life – like dating.

Not sure how self-confidence looks on you? Tat, author of Meet Your Confidence: Playbook For Dreamers has a unique suggestion for building self-confidence in any moment.

3. Change Your Perspective On Other People’s Power

We tend to view others as stronger or more capable than ourselves, which leads to feelings of insecurity. This can be especially true in the dating game where we see someone we like as more than ourselves – as if we don’t deserve someone like them or can’t live up to who they are.

View others at they are:

When you start to view people as your equal, your insecurity about yourself around them will diminish.

Joe also had the following insightful thing to say about how we view other people and how to remove insecurity.

A lot of insecurity is basically selfishness, in that you think that you are being analyzed by everyone around you and they notice your missteps and imperfections. But, they don’t, you simply aren’t the center of the universe. You remove this insecurity very easily by taking honest interest in those around you, rather than only interest in what reactions they give you back. When you become truly involved in the world around you, and lose yourself a little bit, you will find that the reactions returned to you are much more favorable.

4. Be Kind To Others

Being kind to others makes you feel better about yourself, despite how they behave. It also helps other people overcome their insecurities. And, the really magical thing is that it also encourages other people to be kinder to you, which helps eliminate your insecurities while interacting with them.

You can also take the time to acknowledge someone’s existence by holding the door open, letting them go in front of you, or simply making eye contact.

Acknowledging people is a kindness in itself, as many people do not even notice others around them making them feel insignificant. And, acknowledging someone will help you start a conversation without as much inhibition.

When you surround yourself with negative people, they add to your insecurities. They make you feel bad about yourself and bring you down, so it’s no wonder you can’t go out and interact in a positive way with other people. Who wants to be treated like that even more?

For example, my husband had a friend who thought he was better than everyone. He had crossed from confidence into arrogance, and he was willing to put down my husband and anyone else in a heartbeat. Because they were best friends, it was hard for my husband to distance himself from him, even though it was making him feel insecure about himself. The day he dumped his ‘friend’ was the day his confidence shot up.

When you surround yourself with positive people, and interact with them often, you become more of an expert at interacting with other people as yourself, without insecurity. The trick is to choose people who support you, make you feel worthy, and motivate you to be your best. The memory of their friendship and support will boost your confidence during the times that you feel insecure.

I used to be a major introvert. All that changed one day when I made some positive friends who saw the best in me. Instead of saying negative things they always said positive things. They actually listened to me too. This helped my confidence soar. And before I knew it, I was singing happy birthday by myself to my tables when I worked as a server. My grades in my college classes went up as well.

Before, all of my friends, including my now ex, would say things to me that basically meant I was dumb or ugly. My family included. So after I dumped the negative people in my life it helped me see the world in a different light.

Basically what I am trying to say is everyone should definitely surround themselves with positive people. – Felicia

6. Remove Limiting Beliefs About Yourself

I wrote about Sean Stephenson and his limiting belief that he would not be enough for women. Obviously that made him insecure around women.

Limiting beliefs are those little things you tell yourself that you think are true, but they are actually just holding you back from having the life you want.

There is an internal dialogue that accompanies our feelings of insecurity. This is called the “critical inner voice.” – PsychAlive

You can remove limiting beliefs in a number of ways. One of my favorite tools is subliminal affirmations, but other ways include positive visualization, positive self-talk, and taking action that proves your limiting beliefs wrong.

I can already hear some guys telling me that they shouldn’t have to change everything about themselves, and I agree! Kind of.

I think that there are some things you just can’t change about yourself.

Okay, maybe some of these can be altered a bit, but honestly – they are things that kind of come naturally with you. If you are insecure about the things you can’t change, it’s time to admit to yourself that YOU CAN’T CHANGE THOSE THINGS! They are a part of you, and denying that is going to keep you insecure until the day you die.

If something you are insecure about is something you can actually take action on, then take action! Your self-esteem will improve and your insecurities around that area will start to diminish.

Below is a list of research studies that are currently open for participation. … END_OF_DOCUMENT_TOKEN_TO_BE_REPLACED