Not many guys get to see the behind-the-scenes progression a woman can go through after a breakup. Depending on how invested a woman was with a guy – and her state of mind and health, it can be a quick progression through emotional stages like sadness, desperation, anger, and acceptance, or it can be those things over and over again with a little bit of ‘going insane’ added in. It can be hard to understand for men why women are so emotional, but the fact is that women handle emotions a lot differently than men. 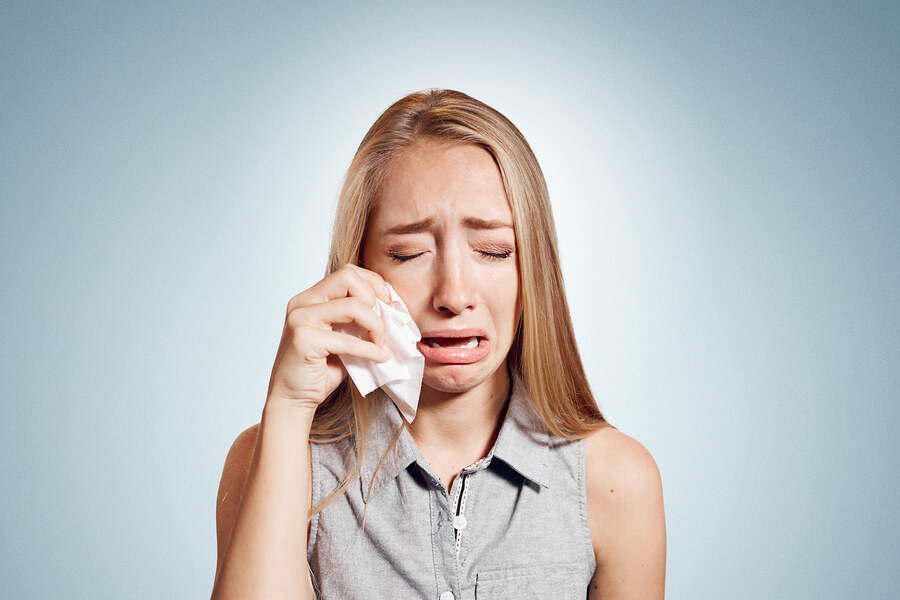 The fact is that most women need to talk things through to deal with their emotions, and when they are denied that, the struggle of a breakup intensifies.

A lot of women have had to deal with a breakup with a man who just won’t contact them. He won’t tell her why he broke up with her or why he did what he did. He won’t give her the answers that she needs to move forward. He won’t talk things through with her. And that kind of breakup is the worst kind for most women.

A Glimpse Into The Struggle For A Woman After A Breakup

Thanks to Trisha Paytas, you can get some insight into the whole deal. I want to say first, that I love this girl. I’m not making fun of her. This is something that my friends and I have all been through at one point on some level or another, and I’ve never been able to show you guys this struggle because no one has ever gone through it so publicly.

Trisha has always been pretty honest with her feelings.  And in light of her recent breakup, that honesty has become something that many women can relate to.

While Trisha is a strong female in many ways, she seems to struggle with confidence around her relationships, and this progression after the breakup really highlights the struggle that comes from thinking you were with the man of your dreams who understood you, cared about you, and was going to be there for you forever, and then suddenly something happens and you don’t hear from him again.

This study found that when people are shown pictures of the person they love, there is a whole bunch of crap that happens in the body. Trisha didn’t just see a picture, she saw a snapchat of her boyfriend dancing with a woman and then dancing with a guy. The point is that she thought they were in love, and this is the result of finding out that everything was not as she thought. According to her, he won’t even talk to her now, so that adds to the pain she is feeling because she’s not able to get some validation from him about what happened.

In a normal breakup, there is a lot of pain. But, when a guy won’t even talk to you anymore, and you can’t find out anything from him, the pain intensifies even more and, I think, in a way to cope, you start to lose your sanity a bit.

In my experience, our bodies can only cope with so much intense pain and sadness, so numbness ends up coming to the rescue to help dull out our feelings and give us a break from the tears and anger and hurt. Unfortunately, it can still feel and look a little bit crazy.

4. The Body Breaks Down

I’m so glad she posted this. The fact is that the body really does have a lot of physical problems when going through a breakup. The stress causes a ton of issues in the body – like digestive issues, increased acne, hair falling out, and so much more. In fact, the heart actually enlarges when you are stressed out, which may be why so many people feel like their heart hurts so badly after a breakup.

5. Dealing With It In Public

Once life demands that you get back out there, you have to pull yourself together a bit, and that helps. It helps to get out and do everyday things that don’t involve your ex-boyfriend, and you get to think things through a little more rationally. I love this video of Trisha.

6. Still Dealing With It In Private

Most of us are glad that our ex can’t see how we act in private. But, Trisha gives a little glimpse into those really private moments in her following video. Her ex is a dancer, and Trisha loves to dance and express herself through it. It’s obvious she is still in a lot of pain.

I’m sure we will see more of Trisha. Hopefully, she will work through this quicker than not. I know she has put the blame on herself a little, which is very typical of a woman who is going through a breakup with no contact from the guy. I also know that she says she would take him back, which is also typical during a breakup with no contact. But, hopefully, she will find her strength and move forward in the best way possible for her future and her sanity.

Please Give Women Closure After A Breakup

I know that women should also give closure to their men. But, this article is focused on women not getting closure, so I’m appealing to the men who would rather stop all contact then talk to a woman they break up with again.

The bottom line is that women need to talk things through. You may not understand it. You may not understand what the hell she is talking about. But, giving her a chance to at least talk to you is probably the kindest thing you can do for a woman that will no longer be in your life. She may still struggle with the breakup, but at least she will have some answers and, hopefully, the struggle will be less painful for her in the end.

And, if you intend to really break things off, make it clear that you are done while you talk to her. If she has any hope, the struggle above will be just as intense until she realizes that you and her are no longer.

Below is a list of research studies that are currently open for participation. … END_OF_DOCUMENT_TOKEN_TO_BE_REPLACED