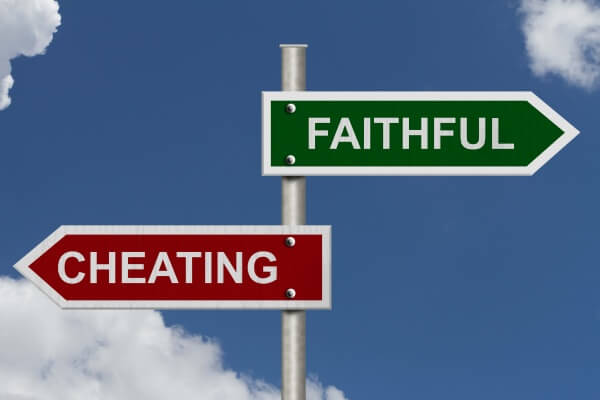 In a perfect world, it would be nice if women didn’t cheat on their men, but it does happen for a variety of reasons. Good men, bad men, and men who are doing their best get cheated on by women. But why? Why would a woman cheat on her man? Following are a few very real reasons.

She Has Low Self-Esteem

If someone wants them in “that way,” they feel worthwhile, desirable, wanted, needed, and loveable. – Psychology Today

It’s not a healthy state to feel shitty about yourself most of the time, and most of us naturally want to feel good about ourselves.

Let’s face it – being hit on by someone makes you feel good about yourself. A woman who has low self-confidence, and looks for validation outside of herself, will naturally be drawn towards a man who gives her that validation.

The catch is that a woman doesn’t have to be unhappy in her relationship to cheat if she has low self-esteem. Even if you are a great guy, and tell her that she is beautiful, she won’t actually feel beautiful until her confidence goes up and she sees her beauty for herself.

If he’s telling her that she’s beautiful, smart, funny, and sexy, then he can make her feel good about herself – even if it’s only for the time that she is with him, and she may want as much as that as she can get.

She’s Seeking Out An Emotional Connection Through Sex

You will often hear that women who cheat don’t want to leave their relationship. They love the person they are with, but they feel some sort of void, and feel as though sleeping with another man will help fill that void. Following is a video that explains why women will seek out sex when they feel bad about themselves.

She Was Not Feeling Satisfied In Her Relationship

Being unhappy in a relationship or feeling incompatible with a partner increased the likelihood that a woman would cheat by between 2.6 percent and 2.9 percent. – Livescience

If a woman is not feeling satisfied (both physically and emotionally), then she may search for that satisfaction elsewhere.

I can tell you that when the connection between a woman and her man is not felt, then a woman can feel very distant from her partner – almost as if she is not in a relationship but, instead, just acquaintances with the man in her life.

At that point, any kind of connection with a man outside of the relationship will feel satisfying, and if sex is put on the table, then there is a few good possibility that she will take the opportunity to feel even more connected.

She Met Up With Someone She Once Had A Connection With

I’m happy for you! is the hardest lie to tell when your old love found someone new. – Unknown

I really believe that the connections we make stay with us for life. Seeing someone we had a lot of passion with can cause us to become instantly passionate towards them again – even if it has been years since we have seen them. Moreover, the desire to have the same kind of passion that you once had with them can arise.

Meeting up with someone who stirs a lot of emotions in you can definitely lead to a sexual encounter if you do not stand your ground in your relationship and morals.  Following is a video that shows how intense it can be to connect back with someone even after 30 years.

Drugs And Alcohol Were Involved

Lastly, drugs and alcohol can remove someone’s ability to say no to something that feels good. We all know that one too many beers can cause us to make bad choices that we would otherwise avoid.

Moreover, drugs and alcohol are known to make people hypersexual. And, if too many drugs were taken, or too many drinks were had, it may be a case of being taken advantage of.

Want to hear first hand from a few women why they cheated? It’s very interesting to hear straight from a cheater’s mouth. Following are a couple videos of women who cheated.

Felt Something I Never Experienced With My Husband

Young And A Variety Of Reasons

Why Does A Woman Cheat On A Man?

In the end, there are many different reasons why a woman may cheat on her man. Knowing that intense emotions and needs are often what drives a woman to cheat may NOT be comforting enough to you to stay with a woman who cheated. However, knowing that there is a reason – that can probably be fixed, may be enough to keep you moving forward with the relationship.