I asked some guys what their top questions about women were, and one of the most popular question I got back was, “Why do women think they are so fat when they are not?” Let’s talk about that! 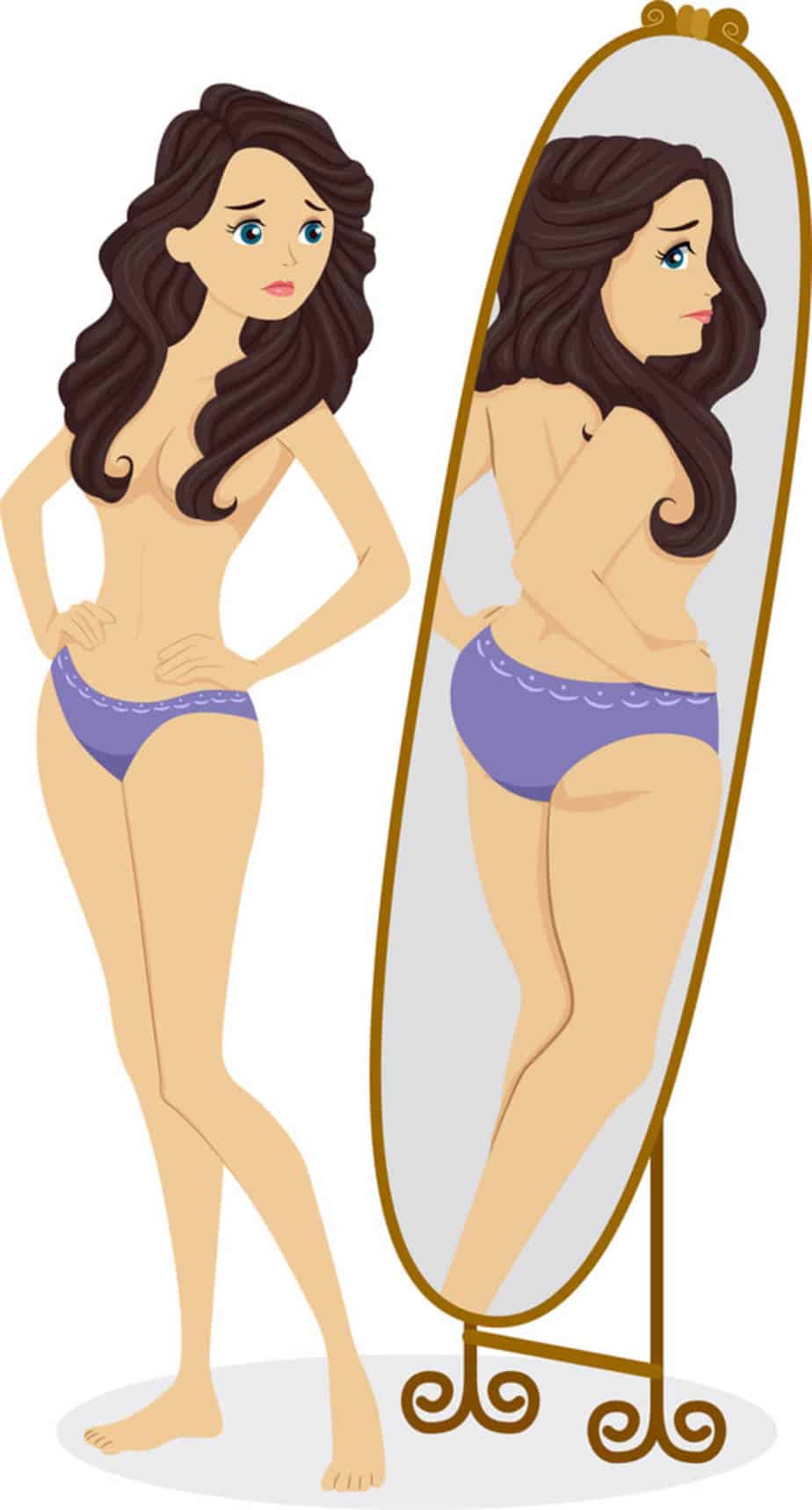 Does this sound familiar? You look at a woman, and she looks attractive, but she looks in the mirror and sees a whale! Worse, she talks about it all the time and forces you to continuously say, “No dear, you are not fat.” (There is a reason for that! Read to the end to find out!) And if you don’t tell her that she’s NOT fat…watch out! You are pretty much telling her that she is fat – just like she thought (there is a reason for that too!)

Want To View This Article As A Slide?

A friend of mine did an awesome job of making this article into a Slide on SlideShare. If you don’t feel like reading the whole article, following are the main points presented in her slide.

Why Do Women Think They Are Fat? from Deborah Anderson

Have You Seen How Emotional Women Can Get With Their View On Their Body?

First, if you haven’t seen how women distort their body image, then this is a good video to watch. This woman is obviously not as big as she thinks, but she feels disgusted with herself and her tears are cried by many women every day.

Again, The Following Video Shows How Distorted A Woman’s View Can Be When It Comes To Her Own Body

I have seen a ton of shows where it is obvious that women think they are bigger than they are. The show ‘how to look good naked’ takes women who think they are fat, ugly, disgusting, and shows them that their view of themselves is really warped in comparison to their view of others.

Why Do Women Think They Are So Fat?

So, it doesn’t take a scientist to figure out that women cannot see their body clearly. However, scientists have done just that. In fact, they have discovered that the image we project is “massively distorted” and is up to two thirds bigger than it is in reality.

That’s good news for us women who look in the mirror and see fat, but bad news for guys who just want their woman to love themselves and not demand the constant reassurance.

So why do women think they are so fat?

There are a  few different possibilities.

When you say something to yourself enough, you believe it. I’m reading You Are The Placebo right now, and this makes absolute sense to me.

For instance, my best friend grew up with a mother who constantly told her that she had a big butt. (I don’t know why her mother did this.) My friend was so skinny in high school and beyond, that she was more bone than woman, but she STILL thought she was fat.

She claims that it was her mother that made her feel this way, and to this day she obsesses about her weight – and she is still very tiny. She is five inches taller than me and about 50 pounds lighter than me, but she insists that she is fat!

Many women are constantly telling themselves that they are imperfect and, consequently, many women think they are fat.

I know that when I can feel my stomach hanging out or pushing against something, I immediately focus on it. When I do that, I feel like the fattest person in the room – even though I clearly know that I am not.

That extra fat doesn’t always look bad in the mirror, but when I feel it – the fat somehow becomes more…fatty. So if a woman is forced to dress in a way that forces her to confront areas of her body she doesn’t like, then she may feel fat regardless of what she looks like, and that feeling is what makes her think she is fat.

The Pressure To Be A Specific Looking Woman

This is the biggest reason women think they are fat. Pay attention.

Whether we admit it or not, society plays a big part in how we feel about ourselves. More specifically, society makes us feel that we need to look a certain way in order to be accepted.

You may say, “That’s not true. Nobody outright says you have to be skinny with no imperfections to look beautiful,” but it is implied.

So, Why Do Women Think They Are Fat When They Are Not?

Because  every day they are exposed to messages that tell them they need to be skinny in order to be pretty.

It is that simple.

If they lived on an island where society didn’t influence how they ‘should’ look, you would find that they would be much more self-loving.

Here is something important to remember: Even if you are telling a woman that she is beautiful ten times a day, she sees a hundred messages through media and otherwise that tell her that she is not living up to a standard of beauty set out for all women. This gives you insight into why women ask YOU if they are fat so much…they are constantly being told that they are fat, and you are the ONE person who tells them they are not. So when you get mad at them or don’t answer them, they assume that all the other messages they heard throughout the day were right, because you are not sending them the positive validation that they are seeking from the one person they know they can get it from.

And, until women start to believe that they don’t need to live up to a certain image, they will likely feel fat and imperfect for a long time to come.