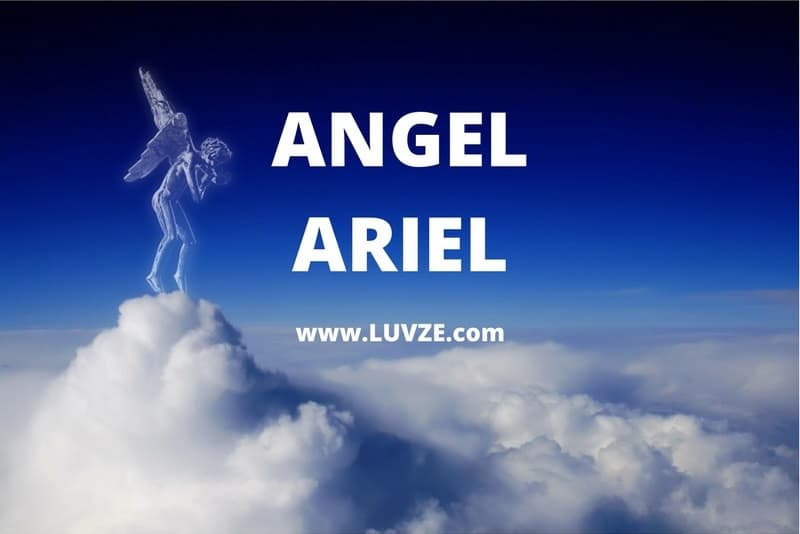 At the very least, Ariel has been charged with protecting the order of the planets, sun, moon, stars, insights, awareness, experiences, and providing for natural needs.  Natural needs such as food, water, and shelter are especially important in the natural environment when existing without the luxurious comforts found in one’s home.

The meaning of Ariel’s name is ‘lion or lioness of God’.  As a lioness of God, Angel Ariel must protect the world God has created.  Resembling a lioness, this Angel must roar, fight, and protect the environment from those who wish to destroy it.  The lands and creatures of Earth are similar to being a lion cub of Angel Ariel that requires constant protection, therefore, her name meaning ‘lioness of God’ is truly fitting to her responsibilities.

Angel Ariel – The Patron of Animals and the Environment

Those who pray to Ariel find guidance upon survival in the wilderness.  Living well under any outdoor circumstance is a skill not many have attained, therefore, guidance from a Guardian Angel is needed.  A popular prayer to Angel Ariel reads: “Thank you, Archangel Ariel, for guiding me toward the best way for me to help the earth’s environment.”

This prayer highlights the importance of Ariel for providing support to the environment, as well as guidance towards the ideal measures to complete in order for survival.  Help keeping the world’s environment is not only pertinent for the survival of humans, but also for the animals and vegetation necessary to support human life.  Without the animals and environment, we would not have oceans, forests, food, milk, some clothing, insects and oxygen that makes the simple act of breathing possible.

As a patron of animals and the environment, this Angel ranks very high in regards to sustaining human life.  The basic needs of life are met under the rule of Ariel and should be respected and honored as such.

Angel Ariel rules over those who are born between November 8 and November 12.  However, one doesn’t need to be born in between these times to be gifted with his influence. As long as you believe and pray to Ariel, you can benefit from his powers.

Angel Ariel is read within Jewish and Christian religions but may also appear in the holy readings of other religions.  In most all writings, Ariel is the protector of nature and the decision maker of the underworld.  Those within the underworld are said to be under the punishment of this Angel and suffer through their misdeeds of nature.

Shakespeare has been found to write on Angel Ariel within his plays.  Angel Ariel is a tree sprite in the Shakespearean play The Tempest.  As a tree sprite, this Angel can be furthered viewed as a character that is concerned with her environment and doing work to support all within.

As a character in the play, Angel Ariel is given knowledge that is supposed to be private, secret and classified in nature.  As a tree sprite and protector, Ariel is able to gain information and wisdom others are without access to.  This idea of Shakespeare brings readers to understand the role of those who protect their environment.  Those who care for their world are those with highest amount of intelligence and empathy.  A lesson can be learned from the teachings of this Guardian Angel as well as the writings of Shakespeare.