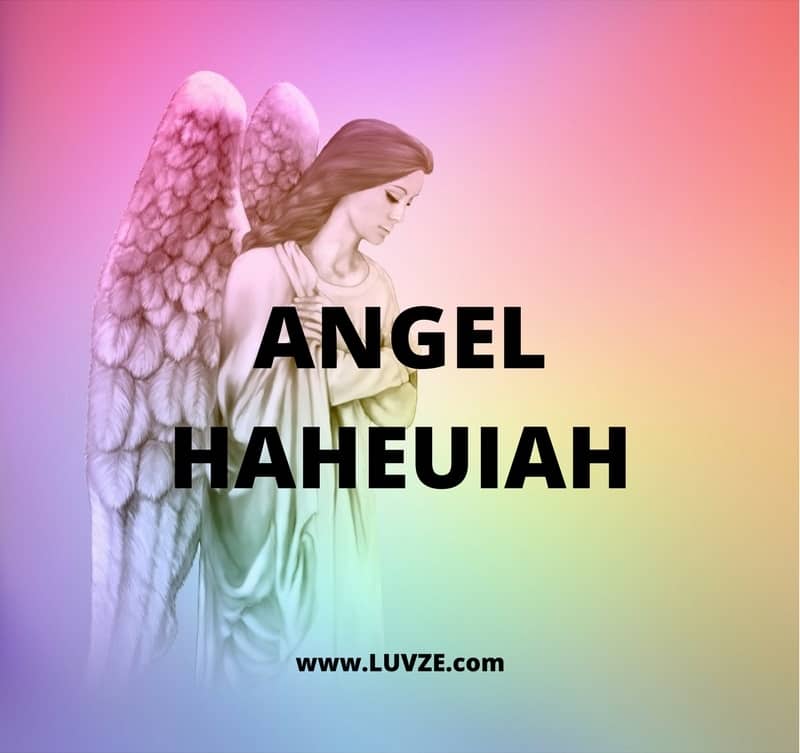 Guardian Angel Haheuiah is the Angel of Protection, the 24th name of God, and with the name representing the meaning ‘the Good of Itself God’.  This name meaning may seem confusing, except we then determine the name of this Angel of Protection is the patron angel of police officers, soldiers, lawyers and judges.  These career paths and the heroes who work in them every day tend to see the good of itself, and work to preserve the good of others. ‘The Good of Itself God’ seem to be a righteous name of honorable means, in perfect line to the Angel of Protection.

In the Jewish religion, Angel Haheuiah is one of the Aralims, and in the Christian religion, he is one of the Thrones.  Protecting us from evil, and bringer of justice, this Angel preserves law and order for all.

Praying to this Guardian Angel and meditating in his name may bring you a special force against heavy crimes such as murder and thieves.  He may also protect against witchcraft, sorcery, and spells.

Believing in this Angel and following his guidance may lead one to stay on the righteous path, he sows and protects you from future harm and indignities.  For those in special force careers such as military and police, his guidance may be deemed especially useful in times of danger.

The Angel of Protection not only prevents danger and violence, but also rescues one during difficult times and extreme sorrow.  Learning to use one’s intuition will help guide a follower to avoiding potential times of conflict, or release oneself from conflict once caught.

Haheuiah may aid one to the belief of his power, thereby releasing conflict unto him and releasing oneself from the pain the conflict is inflicting.  Once released, the follower is able to concentrate on re-learning techniques to repair karma, bring about focus, and bring about lost respect.

Through protection, Haheuiah guides the faithful through difficult times of life whether karma is in play, or simple bad luck has arisen and brought itself to a genuinely good person.  Finding answers to tough questions through this Angel may bring a believer to find peace in their current situation and reverse the negative trend and negativity cycle enveloping their soul and turning them against the Divine Laws.

Those who are born during the week of July 17 and July 22 may find a special kinship to their ruler Angel Haheuiah.  Those under his ruling are protected, both before, during, and after times of despair.  Haheuiah helps to guide those away from trouble in advance, hoping to have believers avoid trouble before protection is even needed!  Teaching followers to trust their own intuition is the first step to providing protection to all under his rule.

One does not need to be born under the rule of Haheuiah to pray and meditate in his name.  All who believe and relinquish control to this Angel are set to benefit from his guidance and karmic ability.

Those under the rule of Angel Haheuiah are said to be good family members close to the kin, and remaining close in physical space as well as mental.  Living close to family and having strong emotional ties is one way to offer protection to followers given the strength in numbers philosophy.  The more members of a family one has, the stronger they will all be.

Follower of Angel Haheuiah have strong familial power, but also strong spiritual power.  With strong power in the spiritual realm, believers are able to offer strength and protection to others, working in the name of this Angel.