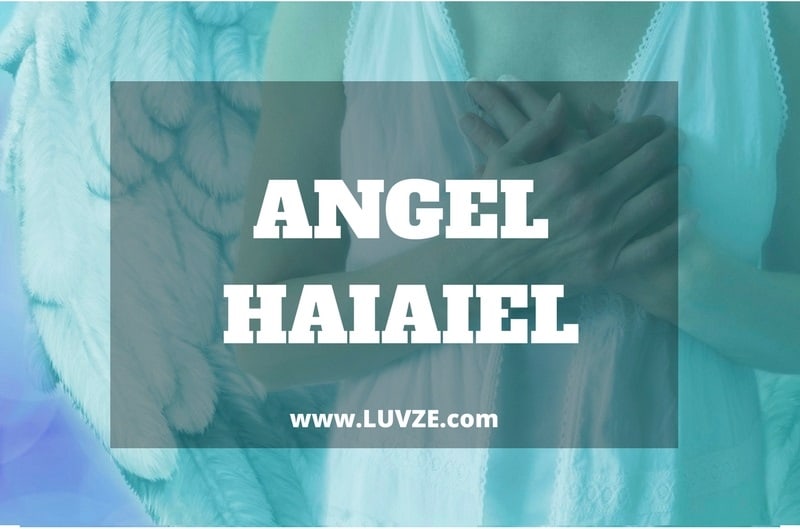 Guardian Angel Haiaiel is the Angel of Divine Warriors, the 71st name of God, and his name means “God the Master of the Universe”. With a name implying an Angel is the master of the universe, this Angel of God must be incredibly brave, intelligent, strong, and logical to carry the weight of the Universe and its safety.

To represent the Divine Protection, Haiaiel must be clever and creative, able to outwit his worst enemy.  Often times, intelligence can beat out strength, and in this regard, Haiaiel is able to take on threats that are both physical and mental.

A Bible verse in the name of Angel Haiaiel reads: “I will greatly praise the Lord with my mouth, yeah, I will praise him among the multitude”.  This phrase leads a reader to believe the Angel may speak the word of God and lead others to battle in forms of communicating.  In some respects, this is true. Haiaiel must speak the works of God and bring followers to be courageous and brave to praise him.  Through his words, he is able to bring people to receive the messages of Divine Inspiration and work to heal discord and manipulation.

Our Angel of Divine Warriors is the Angel who protects people from terrorism, danger, dark evil, dark magic, and war.  This job is incredibly difficult for an Angel to handle but he does his work through strength, loyalty and faith, and in turn, God will bless the followers of Haiaiel with resolution to corruption, conflict, liars, and weakness.

According to the Kabbalah, the name of this Angel is one that means foresight, prophecy and ability to fight evil.  Haiaiel brings about a light and purity to the darks of evil, allowing good to derive from the evil and shine through.

Those who set up the light and follow the path of good are said to become free from slavery, intelligent and with success. Spiritual weapons are used by this Angel when fighting against evil, and those who are protected by this Angel find they are able to connect with the Divine and ward away evil spirits.

Haiaiel brings about motivation to his followers and inspires them to be their own conscience of good and evil.  Fighting against injustice, Haiaiel leads his people to do so in his name.  Using mental weight rather than physical weight to win the war is the secret weapon Haiaiel is able to use to win his war.

Angel Haiaiel rules over and protects those born between March 11 and March 15.  Those under his protection are born with the ability to become fighters.  They have a strong influence from Haiaiel in regards to knowing right from wrong and defending justice.  Those under his rule tend to be happy, joyful people full of life, feeling of safety at all times, and strength within their families.

Those under the rule of Haiaiel tend to require a bit of time alone as well as time spent with family to remain strong.  To keep their spirit and light alive, the time spent in solitude is used to relax and reflect, making those under his rule that much more in tune with their bodies and mind.  As strength increases in the mind, strength increases in the body and warriors are better able to carry on the works of justice.