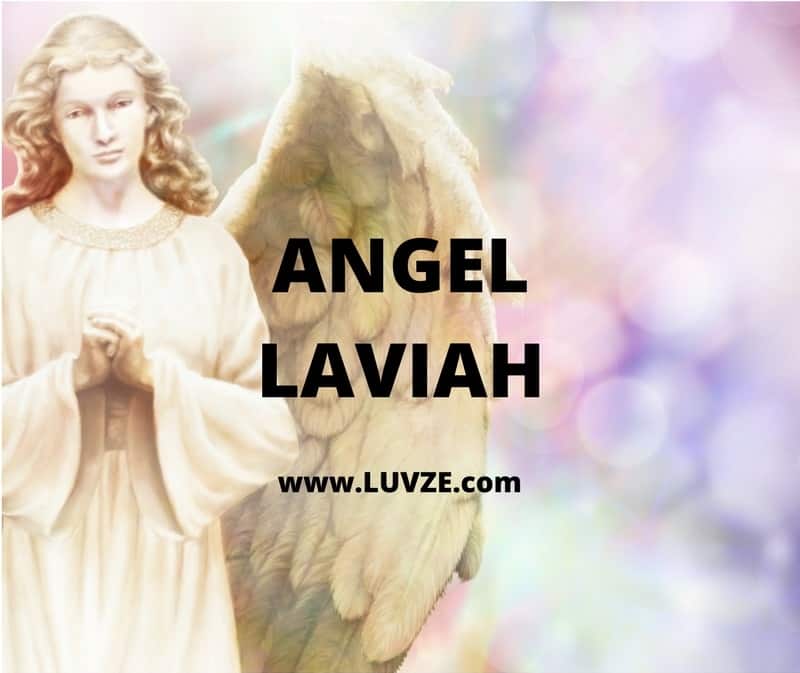 Guardian Angel Laviah is the Angel of Revelations, the 17th name of God, and with the name meaning of ‘The Marvelous God’.  As the Angel of Revelations, Laviah sings in the choir of Aralim in the Jewsih religion, and in the Christian religion, he is one of the thrones.  A Bible verse attributed to Angel Laviah reads: “O Lord our Lord, how excellent is thy name in all the Earth!  Who has set thy glory above the heavens”.  This verse outlines the view of the Lord as one to revel in, to discover, and to honor.

Guardian Laviah is believed to hold special protection for those with psychic abilities, or who view themselves as mediums.  Those with strong intuition and ability to see outside the material world are able to reveal secrets and discoveries, truth and lies.  Those with the ability to see and reveal should be honored and protected as works of the Lord.

Those who feel sad, depressed, tormented, and harassed may find solace in the faith of Angel Laviah.  He works to offer joy in the heart of those under his rule via music, poems, literature, and dreams.

Those who use these mediums for calming techniques, may find more peace than those who do not understand the purpose of these gifts of Laviah.  Philosophical lessons are transcribed in music and literature, offering insight, intellect, and intuition to those who truly look for the revelations in these forms of art.

Following Universal and Cosmic Law, this Angel brings to the material world the spirit of light, spiritual ascending, and revelations during meditation.  To sufferers of mental health issues, marital strife, abandonment issues, stubborn dispositions, and an overall dark light, Laviah may be able to use his light to bring about your own.  Utilizing one’s own light may help dispel negative energy, release tension, and improve mental health.

Those under this ruler also have an innate ability to dream-both during the day and the night.  Those dreamers are able to find revelation in their dreams and also interpret the dreams of others.  Finding revelations in otherwise overlooked areas is a gift many find offered through faith in this Angel.

One does not have to be born during this time period, of even close to this week in June, to benefit from the powers of Laviah.  Following this Angel may allow for peace during bouts of insomnia, hyperactivity, confusion, mystery, and misfortune.  Those surrounding by negative energy, misfortune, and a lack of faith may find comfort in the teachings of Laviah and find a renewed purpose, sense of enthusiasm and confidence.

Those born under the rule of Angel Laviah, or simply pray to him and seek his wisdom, tend to find themselves with a strong psychic ability.  Those who are under this Guardian Angel utilize his light and ability to improve their noble character and see the revelations in all others.  Being of strong, noble, intuitive character brings followers to understand mysterious messages and see truth through the love in their heart.

Interpreting one’s dreams and decoding message hidden to others brings about one’s ability to act as a medium or have a psychic encounter.  Laviah tends to bring his message to those via dreams-both day and night-therefore those open to his word tend to receive the message easier and more clearly than those without the ability.  The influence of this Angel begins when one is born, and the amount of belief one has in their power, and that of Angel Laviah, determines the intensity of their spiritual gifts.