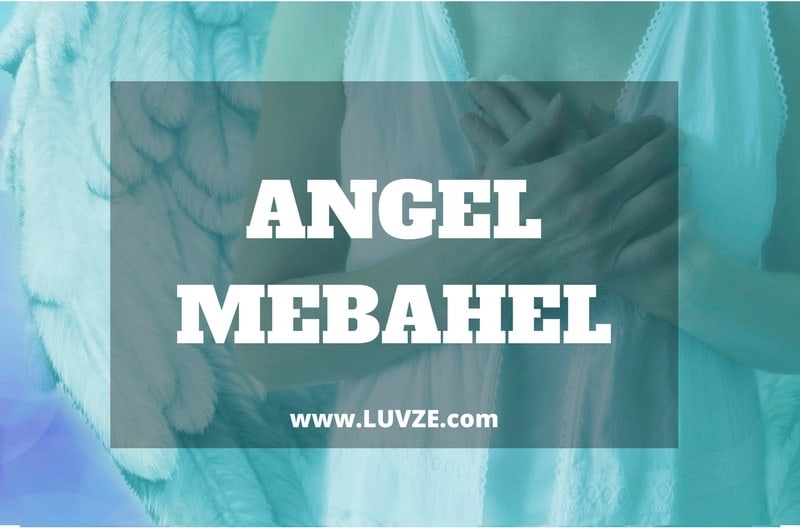 Guardian Angel Mebahel is the Angel of Truth and Liberty, the 14th name of God, and with a name meaning ‘God the Protector and Savior’.  In the Christian religion, Mebahel is a Cherubim, also holding true the values of truth, liberty, and justice.

As the Angel of Truth and Liberty, Mebahel is a safe place for those to seek solace when feeling oppressed.  Many have the feeling of oppression throughout the world and in many different forms.  Whether oppression is physical, mental, or spiritual, praying to this Angel may help guide one to seeking truth and enlightenment during times of hardship.

Angel Mebahel – The Angel of Truth and Liberty

The known qualities of Angel Mebahel are that of representing the meaning of true altruism.  Many claim to be altruistic, but very few truly hold the ability of giving to others without seeking reward for themselves.  Guardian Mebahel is a humanitarian, seeking help for those who are hopeless, enslaved, or without order and peace.  These factors, again, may be mental or physical, but may be released when understanding the true plight one faces.

Mebahel may be able to help those who pray to him find comfort in their struggle while guiding a believer to overcoming the challenge at hand.  This Guardian Angel is able to complete this feat though establishing order, refuge, respect, and mediation between those that pray and their challenge.  Respecting one’s challenge, no matter how difficult, may be the first step to bringing a sense of order and the ability to mediate a conflict that has arisen.

To bring upon truth, liberty, and justice, Angel Mebahel brings love and honor to those when at their most rejected state. As an angel of commitment, he is able to bring one’s mind back to the center of truth and ability to commit.

Those who commit rarely feel rejected and disliked.  The key is guiding one’s mind to seek the right path of commitment.  Praying to Mebahel during times of extreme conflict, such as during times of court battles, separations, and lies, will allow the victim to open their mind, seek forgiveness, and recommit themselves to a truthful life.

Angel Mebahel rules over those born between May 26 and May 31.  Those under his rule tend to have the ability to discern dreams, understand codes, and act as a defender.  Those who seek to protect and defend hold high value of truth, liberty, and justice as Mebahel guides.  Believers under the ruling of this Angel may be considered to be sources of good news and noble attitudes.  With a high value of truth, many would have the motivation to share their wealth, honor their word, and help others when available.

Patron of Liberty and Commitment

Angel Mebahel is a patron of many attributes.  As an angel of truth and justice, he is also the angel of liberty and commitment.  As a patron of liberty and commitment, Mebahel allots for not only the fierce loyalty of a commitment to be held, but also the liberty to make one’s own choices and be in control of their own thought.  Controlling one’s thoughts and abilities via unconditional love and understanding of all brings followers success in all areas of life.

Those who are committed to humanitarianism and living a life of honor through their religion may find praying to this Angel brings precision to their life when perhaps precision lacked.  Being open minded and helpful to others may lead one to have a lack of order and feel overwhelmed at times. Mebahel may help reestablish order through precise guidance, and also bring upon a higher level of happiness in the process.