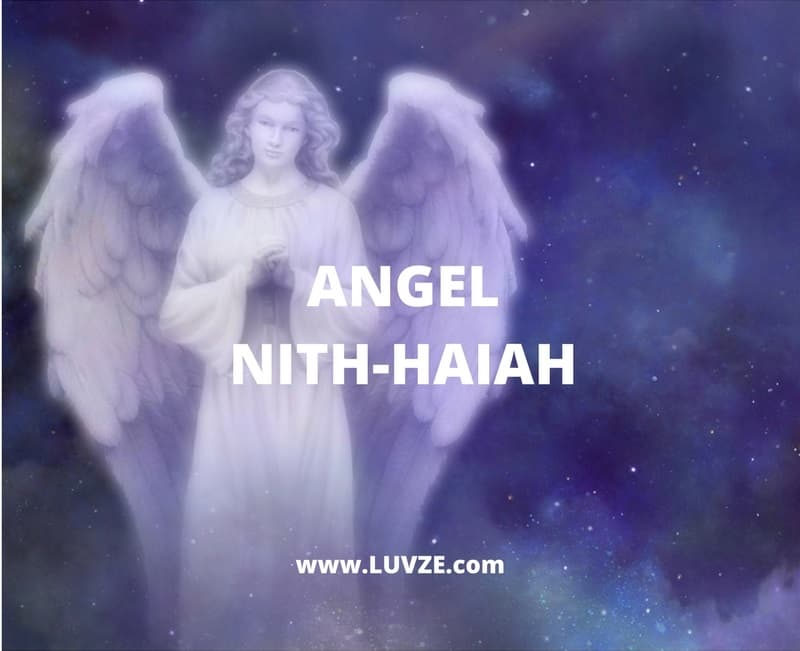 Guardian Angel Nith-Haiah is the Angel of Wisdom and Magic, the 25th name of God, and with a name meaning “The Generous God”.  As a generous God, this Angel protects the holy word of most religions, and helps believers to truly understand and recognize the meaning of time.  Understanding time and respecting the limits of time balances with most religious teachings as well, making Nith-Haiah one you can meditate with when seeking revelations.

To regain logic and a respect for time, one must master the spirituality and visions hidden in the world.  To be open for seeing and recognizing the revelations as they come about, one must be pure in meditation and devout in thought.  In turn, this Guardian Angel will bless the followers with Wisdom and Magic, furthering their forethought and intuitive abilities.

In the Jewish religion, Angel Nith-Haiah is a Chasmalim, and in the Christian religion, Nith-Haiah is one of the Dominions.  As the angel of wisdom, he brings about love and understanding, and even a further knowledge of metaphysics.  Nith-Haiah will help with only white magic used for good.  Black magic is not advised or propagated through this Angel.  The magic bestowed through Nith-Haiah is for followers to hear music, obtain secrets to mysteries, dream better, and enjoy solitude.

Angel Nith-Haiah – The Angel of Wisdom and Magic

Being named the Angel of Wisdom and Magic is a strong placement of authority onto Nith-Haiah.  This Angel must not only oversee his own powers, but endure the powers and wisdom of others are used for good, not evil.  Angel Nith-Haiah must also protect those wishing for peace and calm, and aiding in granting well wishes made unto others.

As a bearer of Supreme Love and Wisdom, Guardian Nith-Haiah has the reputation of an Angel with the highest regard for spiritual forces, powers, and meditation.  Praying under the name of Nith-Haiah may bring one peace and a sense of calm, freeing the mind of fear and opening the mind to attain more experience and gain wisdom.

Nith-Haiah promotes learning the Kabbalah, not simply the religion of Jewish and Christian names.  Understanding all religions will allow for a more balanced analysis of one self and of the world.  Respecting all religions and teachings may also bring about a higher order of wisdom and spirituality as one grow.

Angel Nith-Haiah rules over those born between July 23 and July 27.  Under his rule, those with the birthday during this week and meditate in his name seem to have similar personality traits: patience, limitless ideas, harmony, self-control, ability to use white magic, spiritual powers, intuition and psychic tendencies.

With all of these personality traits brought together, the beholder must have a high regard for the powers blessed unto them.  Using one’s powers wisely and effectively can bring about great change in life, and to the world around them.

As a balanced, harmonious person, and as a follower of Nith-Haiah, you see the good in others and wish them well.  Your Guardian Angel guides you to the view of being from a higher order and called upon to use the magical presence in a positive manner in which to help others.  Utilizing physic abilities to their fullest extent may aid you in your intuition and self-control abilities as well.

You do not need to be born in the last weeks and days of July to benefit from the powers of this Angel.  Those who believe in his guidance and pray to him will find solace in his teachings and gain strength in their own ability to find harmony and peace.