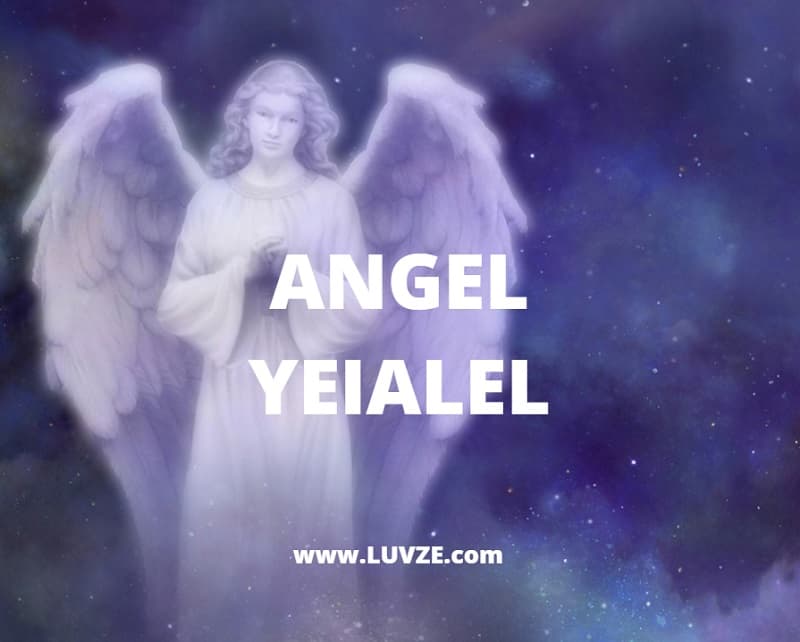 Guardian Angel Yeialel is the Angel of Mental Power, the 58th name of God, and with his name meaning ‘God who is listening to our sighs’.  With the name of Yeialel implying he hears all, and detects all disappointments, this Angel surely needs to have a higher sense of mental power and acuity than other angels.  A Bible verse attributed to Angel Yeialel reads: “My soul is sore vexed, but thou, O Lord, how long?”.  This Bible verse also implies, as the name meaning does, that Yeialel hears all and perhaps even answers all.  Yeialel has the mental ingenuity to gauge a person’s sense of needs and determine how and when to answer them.

In the Jewish religion, Angel Yeialel is one of the Beni Elohims, answering to the ruler Archangel Ariel.  In the Christian religion, Yeialel is in the Archangels choir ruled by Michael.  In both religions, he controls mental force and guides in the areas of physics. Yeialel helps those find their true mental ability-past the simple everyday abilities of memory and concentration.

Yeialel can bring about psychic powers, logistic abilities, lucidity, pure thoughts and computer knowledge. Yeialel is said to provide computing abilities to those in need and perhaps even boost one’s talent in programming.

As an Angel of Mental Power, Yeialel is also the patron of high level of intelligence. Yeialel guides his followers to reading and understanding the Divine Laws, relearn how to concentrate, highlight areas that need to be focused, and bring about a higher sense of logic.  Those who struggle with any of these mental ideals may find inspiration through this Angel.  Praying to him and meditating in his name may offer a bit of direction and focus where the brain lacked energy.

When one’s mind is clear, the mind is able to retain information, focus, and think clearly. Yeialel helps clear one’s mind of troubles and guide the thought process to one that is productive and intelligent.  Improving the thought patterns improves the mind overall and will in turn improve one’s character, one’s faith, and one’s loyalty.

In offering his followers mental power, Yeialel also protects his followers from low level of intelligence behaviors like pessimism, depression, anxiety, gossiping, and poor intentions.  Improving mental focus brings about a change of thinking overall and a redirection of focus.  When follower’s brains are focused upon the good and focused upon learning, one is sure to improve their outlook on life and begin positive behavior strategies.

Angel Yeialel rules over those born between January 6 and January 10.  Those born in this time period are said to have disciplined thoughts, a strong awareness, passionate, and logical character traits.  With these personality traits as a foundation, under the rule of Yeialel, followers are able to handle themselves in challenging situations and remedy conflicts that include betrayal and lies.

Seeing through the process of a challenge in a logical manner allows his follower’s to fully understand a problem and work through the true reason behind the conflict.

Those under the rule of Guardian Yeialel also face a drawback to these personality traits.  It is believed that under the rule of Yeialel, his followers become one’s who think too much, become obsessive, or are overtly worrisome.  Strengthen one’s mental reserves and utilizing one’s logic can be used to compensate for the negative attributes and realign to positive thought.

One does not need to be born in this time frame to benefit from the rule of Yeialel.  One simply needs to pray to, and meditate under him to find his guidance.