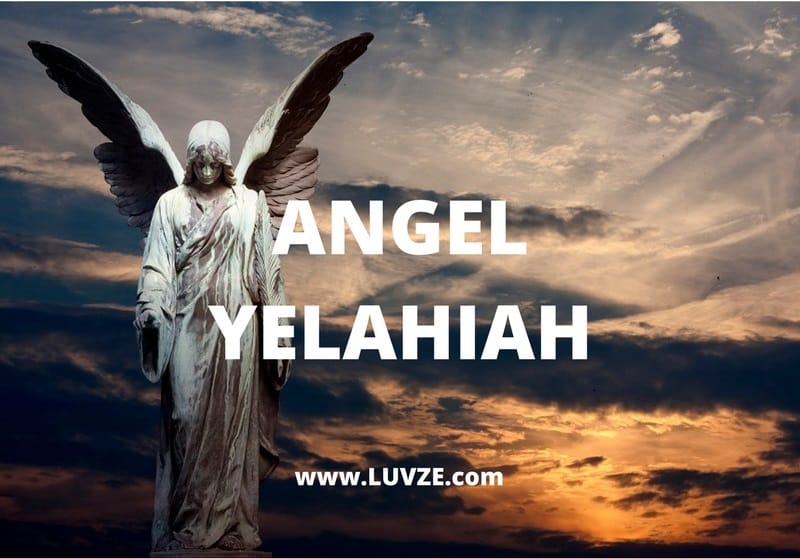 Guardian Angel Yelahiah is the Angel of Warriors, the 44th name of God, and with the meaning of his name to be transcribed as ‘God the Eternal’.  As an Angel representing the name of an eternal God, Yelahiah must be a strong and fierce protector, fighter, and seeker of justice.  As an Angel of Warriors, he must remain as strong as, or stronger than, the warriors in which he is tasked with protecting.  To ensure protection to the protector of warriors, Gods and Angels surrounding Yelahiah must have the ability to solve conflicts, have courage and bravery, and also believe in karmic energies.

In the Jewish religion, Yelahiah is a Malechim, and in the Christian religion he is a Power.  As an angel of karmic warriors, this Angel protects the universe, is a warrior of Divine Light, and his guidance is towards respect for the Divine Justice.  Having such a strong tie to the Divine Light and Divine Justice, Yelahiah truly intercepts evil and fights against his power to ensure the positive light reigns in power.

Angel Yelahiah – The Angel of Warriors

Those seeking help when looking towards an initiation of some sort, a new job, victory, or remedy of lawbreaking, may find the guidance of Yelahiah to bring about a sense of peace and relieve guilt associated with past compromises and misdeeds.

Those in need of the most bravery and courage will find strength from Angel Yelahiah.  Praying to him and meditating in his name can bring light and positivity to those battling negative forces.  Those facing evil forces, injustice, or ill will are protected and lifted through faith in him.

Believers find that Yelahiah has the ability to close poor relations, bring peace, end war, and smooth aggressive behaviors.  Those who are having trouble finding loyalty and protection through family and friends, or though colleagues and trusted officials, may find the loyalty of Yelahiah to realign their sense of trust and karmic cycles.

Those who find themselves addicted to work and the feeling of being stretched too thin may find the guidance from Yelahiah whoi can help break these poor habits and realign their focus on life to put family and rest as high priorities rather than over working.

Those born between the dates of October 29 and November 2 are born under the ruling and protection of Guardian Angel Yelahiah.  Under his rule, those born in this time frame tend to love history, facts, travelling, knowledge, intelligence, and intellect.

Those under hi rule tend to have great pride in tier positive reputations, are courageous, loyal, and interested in their past lives.  Using their love of knowledge and historical facts, those born in this week may find researching their past lives and realigning their lives purpose to be a life goal.  Meditating under the name of Yelahiah may bring this goal to fruition and their time spent is invested wisely.

Those under the rule of Yelahiah are great investors of time, money, and energy.  Understanding their own worth and their karmic energy brings followers to use their money wisely and their energy pointedly.  These factors together can bring about wealth and also work to keep wealth intact.  They are respectful people admired by most.  One does not need to be under the birth ruling of Yelahiah to have these factors.  All those who pray to, believe in and mediate in the name of this Angel are said to receive his blessings.