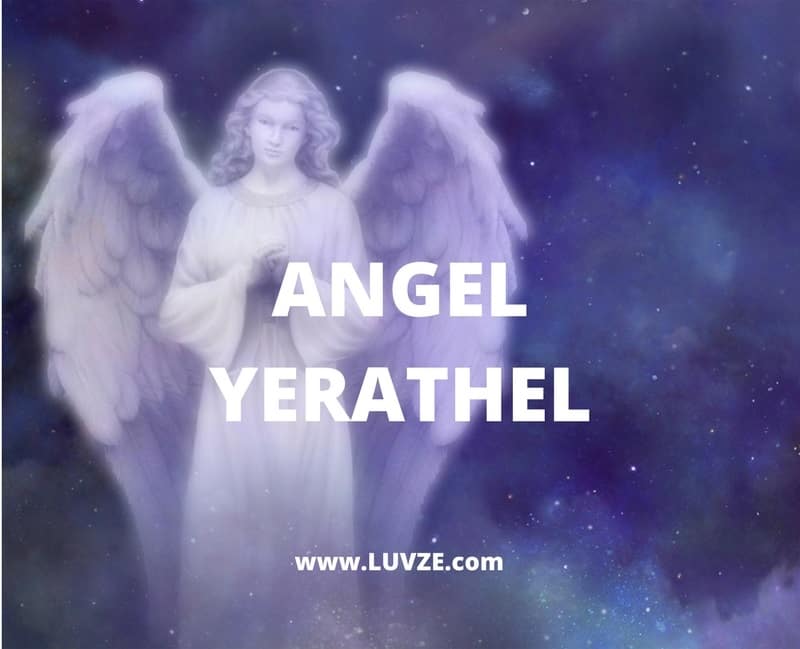 Guardian Angel Yerathel is the Propagator of Divine Light, the name of his meaning ‘The Preventing God’.  As a preventing God, this angel must work to prevent evil and negative energy from taking hold in the material world. In the spiritual realm, Yerathel is one of light, fighting off evil forces with the positive light he emits.  Light is said to emit positive forces and energy that will combat all that is evil and possibly prevent evil actions from taking place.

In the Jewish religion, Angel Yerathel is a Chasmalim, ruled by archangel Zadkiel.  In the Christian religion, he is a Dominion.  In all religions, Yerathel is the protector of positive light, allowing positive thoughts, optimistic views, and a confident disposition.  Those with a sense of light and understanding further the works of Yerathel by shining his light onto all others, and propagating the Lord’s Work.

Angel Yerathel – The Angel of Propagator of Divine Light

Yerathel is believed to prevent evil forces and possessions from overtaking justice.  He fills his believers with positive light to prevent negative cycles of energy from taking force while also guarding those who teach his light and work in his name.

As a patron of teachers and mentors, he is also a patron to angel of justice, science, arts, and literature.  As a patron of these endeavors, Yerathel must use the teachers and the science and art realms to shine light and wisdom onto all.  Bringing education and enlightenment will prevent evil from overtaking good, therefore this Angel must protect those in charge of the arts and sciences, as well as those that teach their works.

Guardian Yerathel brings light to his followers through confidence, ease of speaking, positive relationships with others, and success in all areas of problem solving. Yerathel brings peace to his believers though these areas given that the basics of shining one’s light is having the confidence to do so, the ability to speak well, and the ability to relate to others.  Will these tasks meet, followers are able to see their light and bring out the light in all they see.

Angel Yerathel rules over those born between the days of August 2 and August 6.  Those born on the following days are also thought to be under his rule: April 16, June 30, September 13, November 24, and February 3.  The time of day Yerathel rules over is between 8:40 am and 9:00 am, and reigns over the element of fire.

Those under the rule of Yerathel are thought to be intelligent people, free of negative life forces that could have dire effects.  With their intelligence, those born on these days tend to be led to success due to their strong sense of perseverance and initiative.

Bringing about a life of joy, and having a capacity to see their future, being in tune with ones spirituality under this Guardian Angel allows followers to have a higher power than others.  With the higher power comes a higher level of protection and a higher confidence level in their own strengths.

Followers under the rule of Yerathel have a tendency to not conform, or follow the words of those around them.  Followers seek the advice of the Lord’s Will, follow the Divine Laws and seek guidance from Yerathel before seeking the word of others.  Doing so keeps the spirituality in line as well as the positive energy orbiting through them.  Seeking God’s Will before the will of others, wards off negative energy and prevents negative cycles from appearing.

One does not need to be born within the days under Yerathel’s rule to fully benefit from his blessings.  One simply needs to pray to him, seek his counsel, and follow his path.  This will bring joy and optimism to all and restore one’s faith via Angel Yerathel.