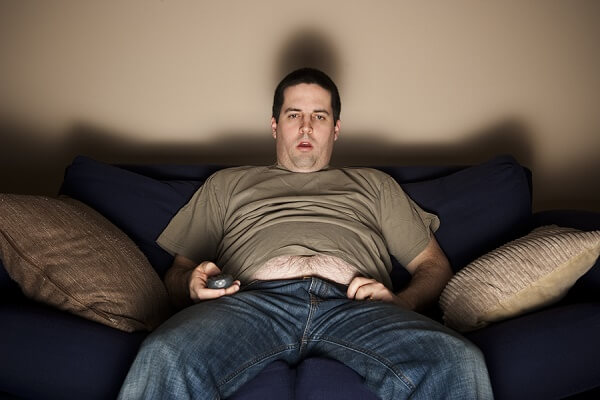 From what I’ve seen online, so many people have given up on love. Their beliefs about dating, finding love, and even themselves have been reduced to negative, pitiful beliefs that make them throw their hands up in the air and lose hope that they will find someone. It made me wonder, is there really someone for everyone?

I try to believe that there is. I believe that everyone can find someone with similar beliefs, desires, and habits, and even if the sexual chemistry is not there right away, the love develops over time and ends up causing them to be drawn together for life.

But, what I believe is not what everyone believes. Following are a few different thoughts on the question of if there is someone for everyone, including some responses from Yahoo Answers when I asked the question there.

Love Is What You Make Of It

Phil from Understand Your Relationship had the following to say when I asked him: Do you believe that there is someone for everyone?

I think the idea of someone for everyone is not one I can believe in. I also think the concept of someone “determined to be alone” is a non-starter.

We make opportunities for ourselves in romance as in other areas of our lives. If someone sits in their home 24/7, orders in groceries, and never meets anyone, then they will be alone. If that’s their choice, then it’s fine, but you have to give the Law of Attraction a chance!

There are multiple people out there that any one of us could live with as a life partner. Life would be different with each one because of the different accommodations that would be made.

In other words, Phil thinks that we could be with a number of different people if we take a chance on love and go out and look for people.

Not Finding Someone May Be A Reality For Some People

I think that like Phil pointed out, many people sit at home waiting for someone to fall in their lap, when they really need to get out of the house and look for people. But, this article from Thought Catalog addresses another sobering thought – maybe there isn’t someone for everyone.

One of the points in the article is that romantic relationships are put on a pedestal – as if they are the most important thing in life. Being in a relationship is not the only ticket to happiness. It may feel like that if finding someone is all you focus on, but you can still enjoy life without a person to share it with romantically.

But still, it would be nice to find someone, right?

The library in my town attracts some interesting people, and two of them – one man and one woman – really stand out in my mind. It is obvious they are single, even though I don’t know their personal life.

The man is in his 40’s, obese, dirty, and gross. He is awkward and constantly farts, picks his nose, and burps without concern of what people think. It’s hard to picture anyone with him.

The woman is also in her 40’s and has some sort of mental issue (a very real one) that causes her to talk and talk and talk. She also burps and farts uncontrollably, and she is very awkward.

I often wonder why they don’t get together.

I’m sure that both of them would like to be in a romantic relationship with someone. But, is there really someone for both of them? I don’t know. I want to believe there is, but their awkwardness and sense of self-worth would repel the majority of people they come into contact with.

There was a show called The Undateables that featured people with various forms of disabilities looking for love. Some people thought that is was using their disabilities for entertainment; however, I really saw it as an expression of the desire for love in everyone. The truth is that many of them had not experienced any luck in their love life, and did not have luck on their dates.

Following is a short clip of a date on the show.

Some People May Never Find ‘The’ Someone

Another possibility is that some people find plenty of people to date in their lives, but never find that one perfect person to spend their life with – or have that one person not accessible to them before they really get a chance to live in a committed, loving relationship. This article has some stories that reflect this (along with a lot of other stories about being single.)

I have met some people like this, and I can say that pickiness can have a lot to do with this. But, in reality, isn’t pickiness about finding someone you really want in your life? Isn’t that ok?

Some People Find Someone But Want To Still Live Semi-Single

Another perspective came from Stephanie.

Actually, I think that people are not “done” to live with someone else, but I also think that everybody can “find” someone else for some time. Be happy living together for the whole life is not something I believe in. I would say that the best option to keep the passion alive is to live separately 😀

Another option would be to accept the end of passion, routine, etc. ?

As we say “to feel happiness at its fullness, we have to know what is sadness.” I’d say that distance and absence help to appreciate the time spent with your loved one.

I have a friend who spends most of the time out of the year separated from her husband. He works across the country, and she has grown so accustomed to him being gone for long periods of time that she really does prefer it that way.

She also gets annoyed when he comes home because her way of doing things gets interrupted. Maybe if they lived separately too, as Stephanie suggests, they would be really happy? I’m not sure if she would go for that as part of their relationship is coming back to each other for a few weeks a year.

Some People Just Don’t Want To Find Someone

I’m not sure if this is their truth or just their explanation for being single, but either way they have seemed happy.

Here’s an interesting article that explains what it would take for someone to really want to be single.

Where Do You Fit In?

I would love to hear what you think about the ‘someone for everyone’ concept. Please share your thoughts in the comments below.

Below is a list of research studies that are currently open for participation. … END_OF_DOCUMENT_TOKEN_TO_BE_REPLACED