Today a woman commented on a post regarding what your breakup with your girlfriend will tell you about her. In the article, one thing I talk about is how you may think you have a supportive girlfriend, but then she left without a word to never contact you again. She doesn’t bother to send you a message. And she doesn’t say a thing. In the poll on that article, the majority of voters say that their worst experience with an ex-girlfriend was when she disappeared completely and left them with more questions than answers. There’s basically two big reasons for that. 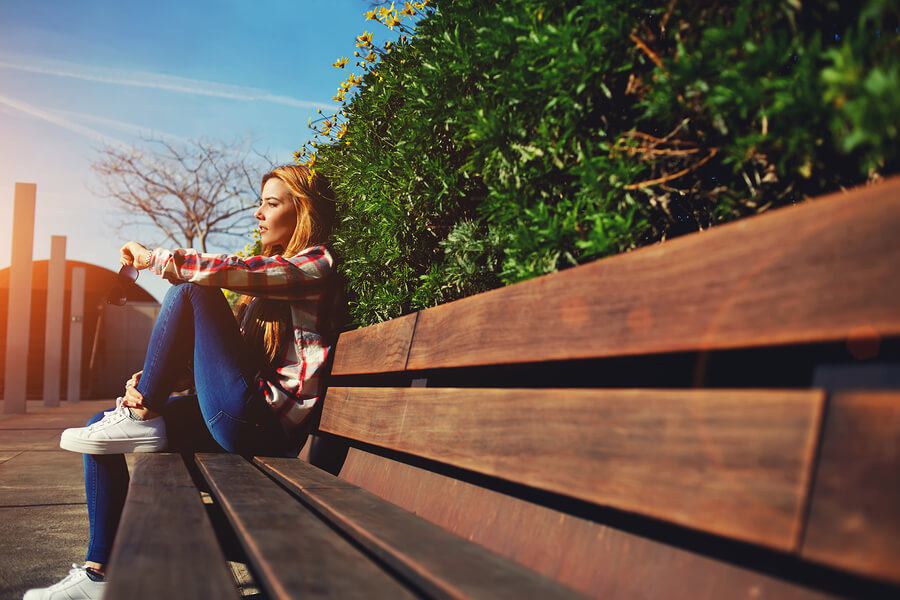 There are women who do that because they are too much of a coward to tell you how they really feel about you and what they really want. Maybe they found someone else and don’t want to see the look on your face when they tell you. Maybe they just don’t feel the same about you that you do about them and they are too scared to admit it to your face. They are cowards, plain and simple. They don’t want to hurt themselves, so they just hurt you instead.

But, what I failed to mention, is that there are also women who will leave without a word because they have simply had enough, and they know that talking to you will do no good.

I’m a girl who recently disappeared on a guy. This was completely out of my character and I’ve never done it before nor did I think I’d ever have the capacity to do so. It’s just that after the 100th bright red flag and realizing that trying to sort out/understand by talking would only end up with me being beat up emotionally, I decided the most loving and respectful thing I could do for myself was to walk away immediately and block to protect from further abuse. Any guy or gal who has had an experience with a cluster b or emotionally abusive type will know, this is a game changer and shutting the door becomes the only option.

Will your girlfriend leave without a word because she has had enough or knows it is the only way she can leave? If you are a guy who:

Then yes, there is a good chance that she won’t want to talk to you about how she feels and, while it may feel sudden to you, one day decide to get up and leave you without a word. Why would she bother talking to you about it when she knows that conversations with you go nowhere productive?

How To Avoid A Bolting Girlfriend?

You have to be open to mature communication with your girlfriend. If not, then she won’t feel comfortable talking to you about her issues and she may very well feel the only way to get out of the relationship is to walk away and disappear so that you can’t make her feel bad or emotionally abuse her anymore.

And you have to treat your girlfriend with respect, or what do you expect? Do you expect her to break up with you in a lovingly way because you have treated her so well all these months or years? No. She’s going to take off and try to disappear out of your life so she doesn’t have to put up with you anymore. Or as this commenter said, she will leave without a word to protect herself.

Why Did She Leave Without A Word?

The bottom line is that if your relationship is healthy and consists of solid communication, trust, and respect, then she shouldn’t just up and leave you. If she does, then that’s completely on her, and she doesn’t deserve the respect that you are giving her.

But, if you were treating her poorly or abusing her in any way, then she may have left without a word because she felt like talking to you was pointless or she felt like it was the only action she could take.

When you look back on your relationship with your ex-girlfriend, there is a good chance you will be able to tell which reason she had.