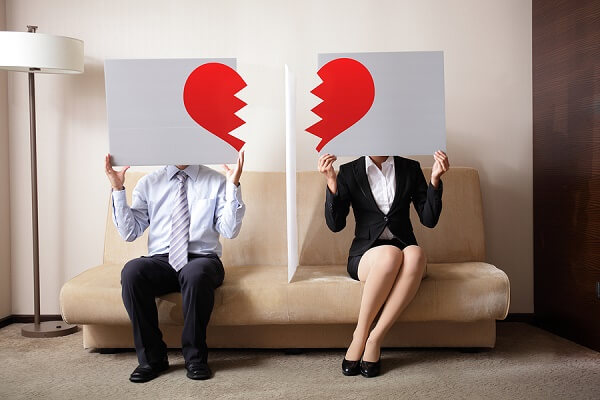 In a relationship, you learn stuff about your partner, but you don’t learn everything. You don’t usually learn about their really ugly side, or how far they are willing to go to hurt someone or get back at someone until you break up with them and experience it for yourself.

For instance, your ex-girlfriend may have been a loving and kind person to you in the relationship, but after your breakup, she may have turned into your worst enemy. She may have taken revenge on you, tried to destroy your life, or just made your life downright miserable.

Or, she may have seemed strong and independent in your relationship, but texted you 1000 times per day after you broke up with her.

When you break up, you get the rare opportunity to see your ex’s true nature at the worst of times. She may have been sweet and loving throughout the relationship, but when she stopped being her best self or caring about what you think, she became angry, vicious, or revengeful.

Or, she may have seemed supportive during the relationship, but broke up with you by sliding out the back door and never showing her face again.

You think someone has integrity, but when they want out, and do so in a very cowardly way, it becomes a real disappointment.

How people act in tough situations says the most about their character. And a breakup is definitely a tough situation. In fact, it can be downright devastating.

Getting over a breakup is like getting over an addiction to cocaine. That isn’t just my personal viewpoint; it is also the opinion and the scientific finding of researchers at Stony Brook University. – Huffington Post

During a breakup, a few things happen:

In other words, if you are going to get back together with an ex-girlfriend, get back with one who doesn’t act poorly after the breakup because, if you are honest with yourself, you know exactly who you are dealing with.

Some people may argue and say that a good woman could lose it for a while and do something horribly out of her nature. But speaking from experience, when your moral compass is on right, you may think about doing something evil, but that’s all it leads to. Obviously it could happen, depending on their mental state, but very rarely does someone act on their evil thoughts if they strongly believe that hurting others (physically, mentally, or spiritually) is wrong.

If she broke up with you, then that is a good opportunity to see what she really thinks of you and how much compassion and empathy she really has.

I knew one woman who broke up with her boyfriend of a year and treated him like dirt during the breakup and after. He didn’t really do anything wrong in their relationship, they just weren’t meant to be together. Needless to say, she obviously thought very little of him and was a woman who was capable of being mean.

Of course, I’m talking about a normal relationship here with normal problems. If you beat her or abused her in some way, then she may need to act tough or be bold to get out of the relationship. Some common sense is required.

Your Ex-Girlfriend Will Learn About You Too

Lastly, it is important to remember that your ex-girlfriend is going to learn about the real you too.

So many guys don’t understand why their ex-girlfriend won’t take them back after a bad breakup, but the truth is that your true colors have been exposed – and she did not like what she saw. That can REALLY suck if you want her back in your life.

That’s why it’s important to act mature during a breakup, or at the very least learn from your relationship so that in the future your true colors are a little more endearing!