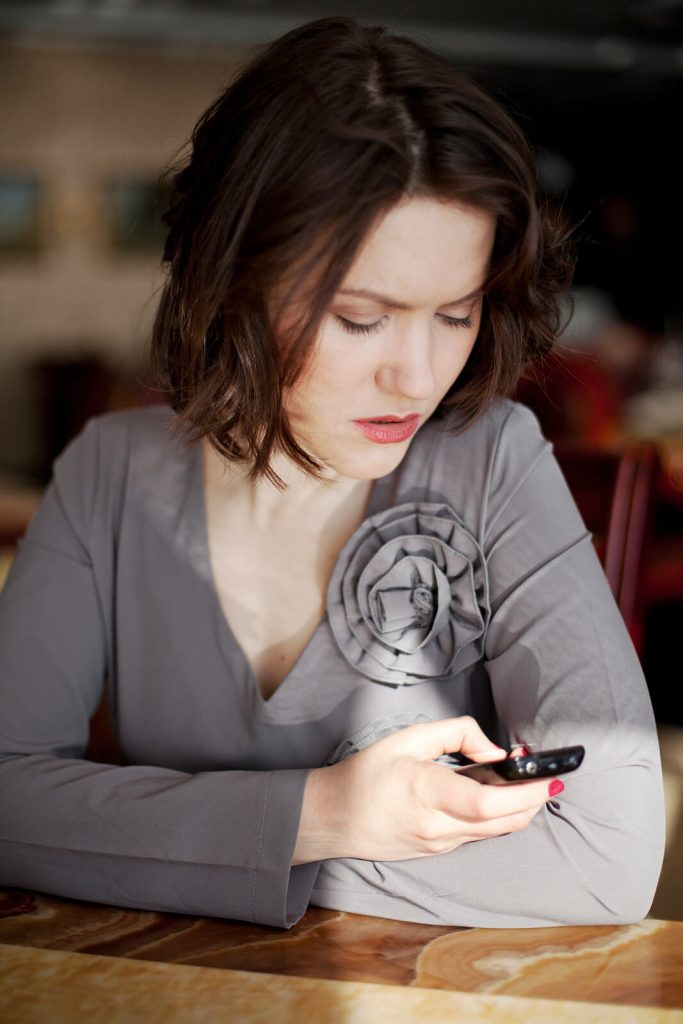 Is your new girlfriend still talking to her ex-boyfriend? How do you feel about that? Will your relationship suffer because of it? Should you end it? That is what we are going to discuss in this article.

When You Don’t Need To Worry

Is she upfront about talking to her ex-boyfriend? If she’s open and honest about the situation, then that is a good thing! It means she has nothing to hide – or at least doesn’t feel like she has something to hide.

In this situation, it is important to keep your cool. If you go crazy jealous on her or demand that she stops talking to her ex, then you are going to cause problems in the relationship. And if your relationship is new, you can’t afford to put holes (like jealousy, anger, and mistrust) in the foundation of your new relationship.

If she’s open and honest about the friendship with her ex-boyfriend, then don’t worry unless she gives you a reason to worry.

If you can’t stop worrying about her talking to her ex-boyfriend, then you should end the relationship. While it is normal to feel jealous a bit of the time – after all they did date – it is not normal to always be upset, check her messages, stalk her, or mistrust what she is saying to you. That’s not healthy for you or her and it is going to lead to a very unhealthy and unhappy relationship.

When Should You Be Worried?

Not every woman talking to her ex-boyfriend is going to be doing it innocently. There are a few times that you should be worried or upset with the situation.

All of these points are NOT  acceptable.

If she is hiding her conversations with him from you, or if she is acting inappropriately with him, then you have every right to voice your concern about the situation.

You need to tell her how you feel so that she knows that you are not willing to put up with any ex-boyfriend crap that oversteps its boundaries.

If she’s willing to listen, you have to work together to come to a compromise. If she is not willing to let go of the friendship with him, but she makes it known how much she cares about you, then she may need to tone it down with her ex-boyfriend out of respect for you.

She may choose her ex-boyfriend over you, and if that’s the case then you are better off letting her go. It shows that she has stronger feelings for her ex-boyfriend than she is letting on, and you will be saving yourself a ton of pain in the future.

When She Claims Her Ex-Boyfriend Is Her Best Friend

She may try to tell you that her ex-boyfriend is her best friend, so she is not willing to let him go. In that case, it may be best to let her go.

They share an attachment that you are never going to be able to penetrate, and that means that jealousy will always be present in your relationship.

She May Be Hiding Her Friendship For The ‘Right’ Reason

She may be hiding the fact that she is talking with her ex-boyfriend for a good reason – at least in her mind.

For instance, she may not want to make you upset about her conversations with him, even if there is nothing going on between them. Maybe she really likes you and is scared that you will break up with her if you find out. But that’s not a valid reason to hide things from you and she needs to know exactly how you feel about the situation.

Should You End It Even If It’s Not An Inappropriate Friendship?

If you don’t have proof that she is acting inappropriately with her ex-boyfriend, then it can be hard to decide whether or not to continue the relationship.

But, if you feel any of the following things when you know she is talking to her ex-boyfriend, and can’t overcome them, then you should end it.

All of those thoughts will keep you upset in the relationship and affect your relationship in a negative way. It would be doing yourself and her a favor if you move on and find a girlfriend without an ex-boyfriend in the picture.

Below is a list of research studies that are currently open for participation. … END_OF_DOCUMENT_TOKEN_TO_BE_REPLACED