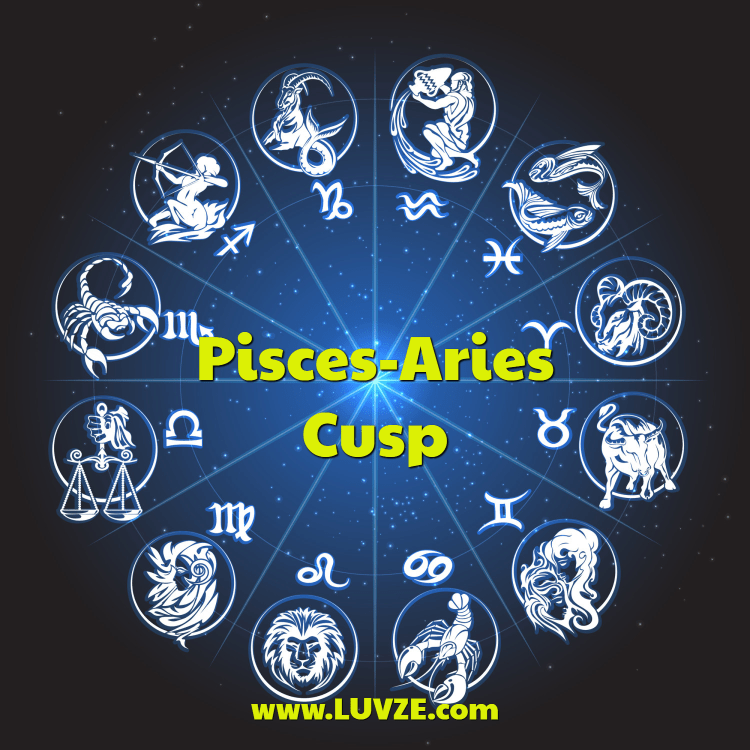 Do you struggle with being overly emotional, or too-enthusiastic for others? There’s a good chance that you were born on the Pisces-Aries cusp, which takes place from March 19th to March 26th.

The Pisces-Aries cusp is the cusp of rebirth, and it’s also one of the zodiac’s cusps which is a major conflux of different astrological and planetary powers.

To teach you about the power of this cusp, we’ll educate you about all of the factors which dominate the life of people born on it.

What Does It Mean to Be Born on The Cusp of Rebirth?

Known as the cusp of rebirth, the Pisces-Aries cusp is at the conflux of fluctuation and energy that the Pisces and Aries signs are known for.

But how does this equate to rebirth? For people born on the Pisces-Aries cusp, rebirth is a lifestyle. Thoughts flow, have an emotional impact, then dissipate before being formed anew. Emotions flux and fade, only to be rekindled later.

Periods of stagnation are masked by the dynamic equilibrium of everyday life. If you were born on this cusp, you already know that you have a seemingly endless fountain of emotional, mental, and perhaps even physical energy.

This rebirth can make experiencing progress in life somewhat difficult. Every step forward may seem to be met by a step backward, which may often seem to be self-inflicted. Furthermore, planning for the far future is not the strength of the people born on this cusp, which can make it hard to consistently experience progress even if there isn’t anything dragging you back.

You also know why having all this energy around can be exhausting, especially if you can’t find a good way to discharge it. People on the cusp of rebirth must learn to find hobbies, careers, and social partners that they can pour their energy into on a routine basis.

Without these outlets, the cuspers can become tremendously anxious and displaced, and relieving the built-up energies may take more time than the cusper would like.

What Defines The Pisces-Aries Cusp Personality?

A number of personality traits are common in people who are on the Pisces-Aries cusp:

Notably, all of these traits are hard to define as purely positive or purely negative. Indeed, in certain situations, being unpredictable and outspoken can break the ice, empower others who may have not felt confident, or speak truth to power that needs challenging.

In other situations, however, these traits lead to alienation, humiliation, or being unable to articulate thoughts or communicate effectively. That is the secret of the Pisces-Aries cusp: the environment is the biggest single factor in determining whether the cusper has a good time or whether they find themselves constantly in crisis.

In essence, the Pisces-Aries cusp personality is defined by their presence in the here and now. The future is unclear to them, but they have many thoughts and feelings about the present, and can occasionally reflect on the distant past. Fundamentally, people born on the Pisces-Aries cusp are driven to be themselves more than they are driven to do or be anything else.

Because of how intensely energetic and present people born on the Pisces-Aries cusp can be, getting along with people can be a challenge. Best friends can become enemies, and harsh fights are not unknown.

People who don’t know the cusper might not be inclined to get to know them better. After all, if you’re presenting a loud, impatient, outspoken, aggressive personality, it might overshadow your caring and empathetic side.

Thus, getting along with other people is a project which requires intentionally turning down the level of self-expression inherent in the Pisces-Aries cusp. This may appear to be a betrayal of the self, but in reality, it’s a necessary thing to do.

Everyone needs to hide at least some of their personality to get along with people that they don’t know very well, but if you’re on this cusp, consider doing it intentionally. You can always let your truer self back out to play once you have made friends.

Can The Aries Be Tamed?

Taming the Aries is always a difficult task, however. Many people born on the Pisces-Aries cusp find that mindfulness meditation can be a good tool which helps them to understand their emotionality and their impatience, thereby curbing the negative factors associated with Aries.

The elemental forces and planetary governors of the Pisces-Aries cusp are crucial to understand the cusp’s psychology.

The planetary governors of the Pisces-Aries cusp are Mars and Neptune. The immediacy, power, and forcefulness of Mars are far more relevant to the day to day life than Neptune, which plays second fiddle.

In the Northern Hemisphere, Mars is nearly always visible at night — just as the emotionality and impulsiveness of the Pisces-Aries cusp are always present. In contrast, Neptune is never as immediate.

When Mars is at its furthest point, people on the cusp have the best chance at making productive changes in their life. Likewise, when Neptune is at its closest — as rare as it may be — intensely valuable self-reflection and peace of mind can have a chance to come out.

Water and fire are the elemental forces of this cusp. The inherent conflict between these elements is one of the reasons that people born on the Pisces-Aries cusp feel like they struggle to make progress in life.

Likewise, the conflict between water and fire leads to the cusp’s reputation for rebirth. Both are infinite, and both destroy each other — but only temporarily.

Focusing on the water element is a good strategy for you if you were born on this cusp. While the fire element will violently resist most attempts to be controlled, it is necessary at times. Cultivating the ability to accept and flow rather than being reactive will result in an enlightened member of the cusp.

Succeeding In Relationships As A Pisces-Aries Cusper

Because of how volatile the cusp can be, relationships are often a struggle. Emotionality isn’t something that every sign can tolerate, nor is the prospect of being ignored — or being the subject of an infatuation.

The following relationship risks are always present for someone born on the Pisces-Aries cusp:

Most of these issues are bound to occur earlier in the life of the person on the cusp. Later in life, they tend to learn coping strategies which minimize the worst consequences. Likewise, later in life people on the Pisces-Aries cusp tend to have a better understanding of themselves, which leads them to make better relationship decisions.

On the bright side, the following relationship problems will never happen to someone born on the Pisces-Aries cusp:

These problems can tear apart the lives of other signs, but not people born on the Pisces-Aries cusp.

The trick to relationship success if you’re on this cusp is to work on minimizing your weaknesses. Your weaknesses are a result of your deep emotional reactivity and engagement, both of which can be powerful strengths if they are channeled correctly.

Importantly, you’ll also need to curb your impulsiveness or find a partner who can accept the problems which it may cause. Settling down with another Aries, Cancer, Sagittarius, or Pisces is a recipe for disaster, but you will have better luck with a Virgo, Libra, or Scorpio.

Is It Possible To Have A Stable Career With This Cusp?

The Pisces-Aries cusp typically poses a challenge for people’s careers because of the emotionality and impulsivity which it entails. Nonetheless, many people born on the cusp have great careers which grow from their energy and their other strengths.

Great careers for people born on the Pisces-Aries cusp include:

These careers leverage the dynamic nature of the cusp while providing a nearly limitless outlet for their impatience. Anywhere that you can focus your energy and lose yourself for hours while producing something is a suitable career if you’re born on this cusp.

Not all careers are perfect for the people of the Pisces-Aries cusp, however. In fact, a few careers are downright awful, including careers in:

These careers require an abundance of the skills that people of this cusp tend to be the weakest in, so you should probably avoid them.

Below is a list of research studies that are currently open for participation. … END_OF_DOCUMENT_TOKEN_TO_BE_REPLACED