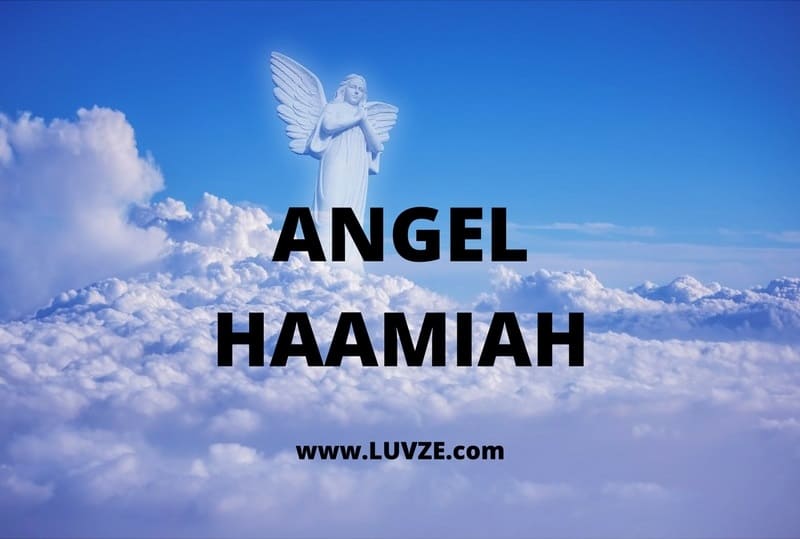 Guardian Angel Haamiah is the Angel of Rituals, and the 38th name of God.  The name of Haamiah means ‘God the hope of all which ends the earth’.  The meaning of this name is striking given that rituals are attributed to keeping peace within anxious people.  Many anxious people worry about the world ending, or harm befalling them, but with ritual and traditions in place, the world is more comforting and safe.  The Angel of Ritual may incorporate this thought into hope for all.

In the Jewish religion, Guardian Angel Haamiah is a Seraphim, ruled by Archangel Kamel.  In the Christian religion, Haamiah is ruled by Archangel Haniel as a Virtue.  Haamiah is a virtuous angel of ceremonies and preparations.  A Bible verse in the name of Haamiah reads: “Because thou hast made the Lord, which is my refuge, even the most High they habitation”.  To be in the presence of the Lord is to be proud, accomplished, among family, and in praise.  These acts take much preparation and are comforting rituals for those on Earth.  The Bible verse brings the abilities of this Angel into the scripture highlighting the important role he plays in believers being among their God.

Angel Haamiah – The Angel of Rituals

Guardian Haamiah may help you to find beauty and regularity in your life by bringing about rituals.  Instilling rituals brings organization and preparedness which can ease anxiety and stress while also making one more successful and joyful along the way.  A harmonious life is one that is organized and expected.  Angel Haamiah brings a positive voice to your world, encouraging the preparedness needed to bring peace to our families.

Those seeking guidance from Haamiah may find their personality improving in many surprising ways.  Followers of this Guardian Angel tend to find themselves more at peace in their place in the world, happier, more friendly, using good manners, and finding the good in others.  With a polite, positive, organized outlook, new followers find new strategies for coping with life and moving forward in new circumstances.

Angel Haamiah rules over those born between September 29 and October 3.  As a benefactor of the guidance from Haamiah, those born under his rule tend to have personality traits such as: love of cooking, caring dispositions, art, beauty, politeness, positive energy, and ability to lead a successful life.

Haamiah is the patron angel of strategists and planners-making these career choices the best suited for those born between September 29-October 3.  As an organized angel, ever prepared, this Angel brings rituals to those who rely on statistic and facts for their profession.

Those under the rule of Haamiah are believed to be true servants of their God, prideful of their spirituality, and eager to spread good faith to others.   Those with the highest amount of servitude are the wisest, the most respected, and the freest of negative energy.  With the freedom of black clouds, followers are able to remain fully engaged with their intuition.

The purpose to the freedom of negativity is for his followers to fight against prejudice, prevent possessive behaviors and jealousy, and to bring about love for freedom to all.

One does not need to be born within a certain time period to benefit from the blessings of this Angel, but it certainly does help.  For those without the automatic ruling of Haamiah, one may pray to him for guidance and mediate in his name.

To benefit full from his wisdom, being ritualistic in your mediation may bring upon a higher order of planning than before.  As a servant of God, praying to Angel Haamiah may bring your intuitive levels higher than usual and allow for easier problem solving.