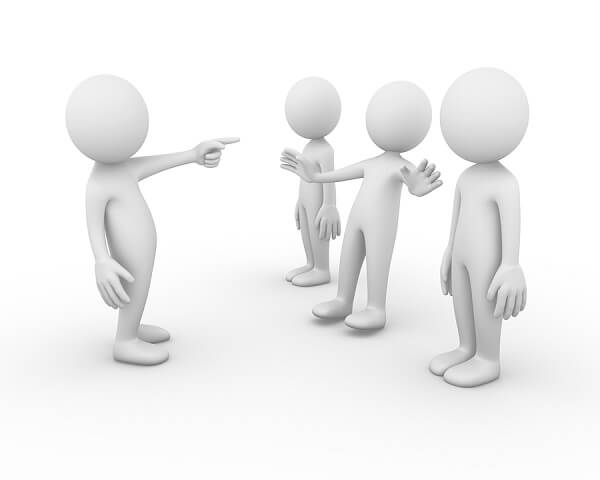 As I watch another fat, ugly guy walk by with a beautiful woman, I can’t help but think about the fact that women are constantly judged by their appearance and – even though men seem to think they are judged all the time by appearance – they have MUCH more wiggle room in the appearance department.

Women are judged so much on their appearance that most of them develop horrible body image issues that stick with them for life. For instance, they think they are fat, even when they are not, and then they spend all their time dieting, working out, and obsessing about themselves, while their men get fatter and unhealthier.

Case in point: My sister-in-law has spent the past few years trying to look perfect for her husband. She has had three of his kids, obsessed about her weight, gained a ton, lost a ton, and has become ridiculous with food to the point that she obsessed over eating one piece of cake at her kid’s birthday party. He’s a fat piece of shit and he’s never changed. And, after all that obsession about being attractive for him, she just found out he’s been cheating on her with his ex.

But, You ARE Being Judged In Many Other Ways

Even though guys can be uglier and fatter than women, they are still judged by a lot of different things. That’s where the scale tips back and influences how women really view them.

As Phil says, “Women judge by appearances – eg if you have an old car means they will drive away.”

THAT is very true. The first impression you make, as well as the second, third, and even fourth impression, can have a lot of weight on whether or not a woman will want you.

Women will judge on your car, clothes, haircut, body art, wallet, the way you talk, and even how you carry yourself. All of these things equate to one point up or one point down in her attraction scale, and if you get enough points down – she IS going to drive away.

For instance, I once met a guy who was dressed like a complete nerd, had a horrible haircut, and wore some pretty crazy jewelry. Instantly he had more points off than points added to my attraction scale, and I moved on to find another guy that I was actually attracted to. Funny thing was, the next time I saw him he was dressed well, had a sexy haircut, and lost the ridiculous jewelry. He earned back the points he lost and even gained some points because I took a deeper look into who he was.

In other words, you can lose points in attraction, but with some small changes you can gain them back (and then some).

Should You Really Worry About Being Judged?

Yes if you are looking for a woman and want to make the best possible impression with as many women as possible. The truth is that the better you dress, the sexier your haircut, the nicer your car, the more confident, kind, and compassionate you are, the more likely you are to attract a wide variety of women.

No if you are just looking for a woman who accepts you as you are. The caveat with this tactic is that you may not run into any women like this. Those perfect women may always be on the other side of the street, and you may never cross paths with them.

I have had a lot of guys tell me that they don’t need to change in order to attract a woman. I have made my opinion clear – in most cases, I disagree.

Just remember that you are being judged by women – just as you are judging women. And, the more they dislike what they see, the less likely you will be able to win them over. It’s the truth.

How To Overcome The Fear Of Being Judged

This video has some good tips on how to look at judgment. Even though it is geared towards career, it can be applied to being a single guy looking for a woman.

In other words, if you are not confident with yourself, then that is a sign that you are not being the best you can be and that some things NEED to be changed! Once you get clear on who you are and where you are going, you will worry less about what people think and – as a bonus – you will be more attractive to women.

Sometimes guys think they are being judged when they are really not. (Women too.) I think many times we think that people actually care more about us than they really do.

The thing is that all you can do is be the best you, and let go of people who are not happy with who you are. If women are judging you because you are different than them, then that’s their problem not yours.

For instance, if a woman judges you negatively on your religion, values, job, or lifestyle, then don’t take that personally. Everyone has different beliefs about what they think is right in this world, and if you are being the best you can be and sticking to a moral code that you think is worth sticking to, then any woman who judges you isn’t likely to be a good fit for you anyway.

In the end, you are being judged by women. It’s not going to stop just because you want it to. It’s a waste of time to complain or worry about it. You just have to deal with it in one way or another.

Below is a list of research studies that are currently open for participation. … END_OF_DOCUMENT_TOKEN_TO_BE_REPLACED