This blog gets a lot of comments, and many comments have negative beliefs in them that are working against the men leaving them rather than for them. It’s frustrating because nothing I say is going to change these negative beliefs. The guys need to change them for themselves. But, it’s crucial that they do if they want to attract and get women. Why? Your beliefs dictate what you see, how you act, and who you are, and those things dictate your interactions with women. Following are 7 examples of negative beliefs that will keep you single. 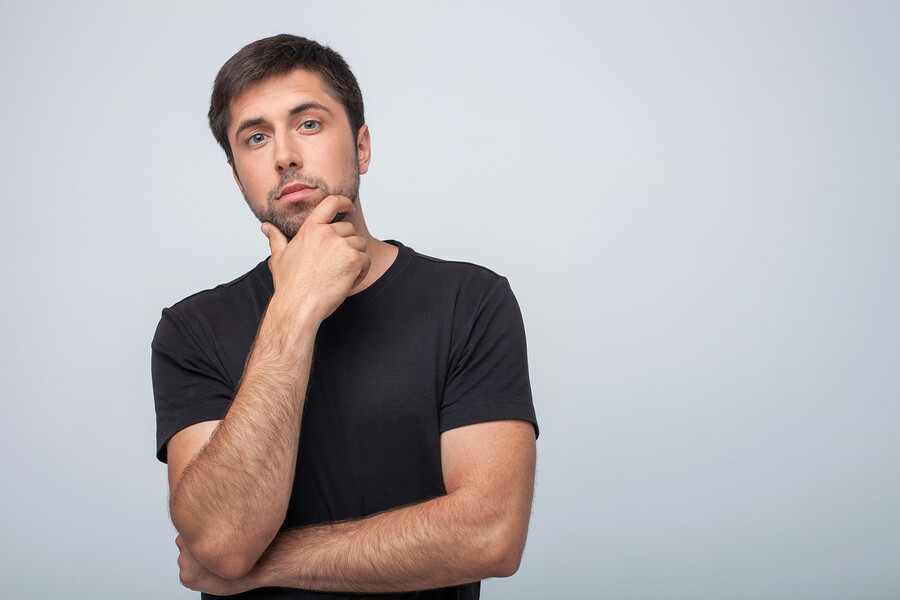 1. All Women Will Stray To Other Men

“…most females allow their ex or exes [or] at [least] some dude from [their] past to constantly interfere!” – Damian on Is Your New Girlfriend Still Talking To Their Ex-Boyfriend?

This guy has been single (he says happily) for a decade, and I have no doubt that he will be single for another decade with this belief.

The fact is that if you believe that all women are looking to cheat on you or find comfort from other men in some way, then you are going to cause a lot of problems for yourself.

You are going to see what you want to see: Evil women looking to cheat at every turn will be all you see.

You are going to manifest bad experiences into your life: You will find the exact type of women you are focused on to back up your belief so that you can prove you are right.

You are going to complicate things that don’t need to be complicated: Even if you do find yourself a good woman, your mistrust, accusations, and general negative attitude towards women is going to mess up your chances at getting her and keeping her.

2. Women Demand A Lot From Men

“Most women say they are independent, self-aware, and secure; when in reality they are let down if you taking care of them materially and emotionally does not become your obsession….” – Sum Guy on 9 Things Good Single Women Wished Men Knew

He must view women as the most shallow beings ever. As if they expect men to drop everything for them and become obsessed with their every need without giving a shit about returning the favor.

When you get into a relationship, yes, women will want you to be there for them emotionally, but they don’t expect you to become a spineless twit who has no problems. Well, maybe a few do, but most of them? Come on.

If you hold this belief, then you are going to hate women before you even date them. You are going to view them as demanding and high maintenance, and that is going to feel draining to you.

Moreover, you are going to hide your true self because you don’t want them to become shocked or disgusted that you actually need them to support you on occasion, and that’s going to cause a whole level of dishonesty, disconnection, and distrust, which will make your relationship suck and, probably, cause it to end someday.

3. Men Need To Be Perfect To Get A Woman

“Men have to look nice, dress nice, have [a] good income, not be “boring” and be good in bed to just get a regular woman.” – Mike on There is No Denying It, You Are Being Judged By Women

First, I love that he says all this about just ‘getting a regular woman’. I can’t imagine what he believes about getting someone who is beyond regular.

Second, if you really believe this, then how are you ever going to believe that you are capable of getting a woman? Most people are not perfect in ALL ways. In fact, I’ve never met one man or woman who is totally attractive, makes a lot of money, has a great personality, has compassion, is supportive, has high confidence, understands the opposite sex, kills it in bed, dresses to the nines, and shines in every other way possible. Have you?

Usually, AT LEAST one or two things is missing from the ‘perfect’ equation.

Trying to reach any kind of perfection is going to make you crazy and bitter towards women. That’s going to cause you to say and do things that turn women off. And, even if you reach perfection, your belief that women are so shallow is going to affect how you interact with them.

Saverio shared a few negative beliefs about women that come from a friend he’s known since high school. His name is Dave and he’s still single twenty-two years later after they became friends, and there is a reason for that. He’s good looking and makes a lot of money, so he can’t use that as an excuse. It’s all about his negative beliefs towards women. Let’s look at how his beliefs are still holding him back to this day!

4. Women Want To Control You

“Women want to control you because they are insecure.” – Dave

Dave has always had a ‘get them before they get you attitude’ and now I can see why. He believes that women want to control you because they are insecure, so he needs to make sure that doesn’t happen.

He is downright cruel to women. He manipulates them. He plays games with them. And he treats them as if they are beneath them. Well, why wouldn’t he with this belief about women? Not only does he want to control them so they can’t control him, but he also thinks they are insecure and uses that to manipulate them.

The sad part is the only women who will even talk to him ARE insecure. Women who have any bit of self-confidence instantly dislike him after he opens his mouth. So, he uses his warped belief to mess with women who just badly want to know he likes them and respects them.

Dave does make a good living. He brags about it constantly. In fact, he places a lot of value on people (himself included) by how much money they have. So it’s no wonder that this would be a negative belief that is holding him back from having a good relationship.

If you think women are after your money, then they have already lost before you get to know them. You label them as greedy and not capable of loving you for who you are.

I don’t want to date someone who is after my money. I would worry that they were lying and playing me to get at what they really want, and that would make me question any acts of kindness or love that come from them. That would equal a very shallow relationship void of trust, and it wouldn’t last very long.

6. They Don’t Want A Relationship

This, along with most of his negative beliefs, shows his insecurity around women. Obviously, he wants a relationship. We all do. We all want to be loved and in a good relationship that makes us happy. But, if you hold the belief that women are playing games, then you are never going to develop the trust needed for a loving and happy relationship.

You can’t walk into every meeting with a woman with complete suspicion about what they say or what they do or things are not going to work out. You will always question their motives and their honesty.

It’s much better to carry around the belief that women want a relationship and are being serious about it until they prove otherwise.

7. Women Don’t Want You To Have Friends

“If I date a woman, I won’t be able to have friends cause women don’t approve.” – Dave

This sounds like the guy above who feels that all women want you to obsess about them constantly and not have a life of your own. And it’s the type of bullshit belief that will keep you from wanting to get into a relationship with a woman.

If you feel like you are going to lose all your freedom and fun, why would you even consider getting into a relationship? You wouldn’t! Instead:

So, yeah, this is definitely a negative belief about women that will keep you single for a long time to come.

If YOU find yourself with a bunch of negative beliefs about women, you could be holding yourself back from finding a good woman and getting into a good relationship. I highly suggest you examine your limiting beliefs and then make a plan to replace them with beliefs that support you and your happiness in life instead.

Below is a list of research studies that are currently open for participation. … END_OF_DOCUMENT_TOKEN_TO_BE_REPLACED